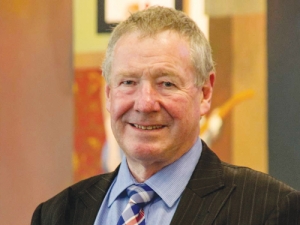 A former head of state-owned farmer, Landcorp, says the only way the government can extract more money from the company is to sell some farms.

Chris Kelly was commenting on a parliamentary debate about Landcorp’s financial state in the dairy downturn and comparisons between it and another state owned enterprise (SOE), Solid Energy, which is in voluntary administration.

Both Finance Minister Bill English and SOE Minister, Todd McClay have publicly suggested that Landcorp sell farms to reduce its exposure to debt.

McClay says he has held discussions with the Landcorp board for seven months but any decision on farm sales is up to the board. However the Government acknowledges Landcorp is in a strong financial position with a debt to equity ratio of just 15% as opposed to the 41% of Solid Energy.

The problem for McClay and English, it would seem, is the dividend likely to be paid to government this year may be virtually nothing due to the dairy downturn. Like all farming enterprises the SOE has to cope with the vagaries of weather and international prices.

It is clear the government is nervous about the watertight deal requiring Landcorp to develop more dairy farms in the central North Island in partnership with a private company, Wairakei Pastoral. Under this arrangement Landcorp is paid by Wairakei Pastoral to convert mainly former forestry land to dairy farms. Landcorp then leases this land back from Wairakei Pastoral at a rental based on the productive capacity of the land at the time. It’s understood that as the land becomes more productive, the cost of leasing the land increases.

McClay says this arrangement will cost Landcorp “thousands of millions of dollars” and he’s worried about its ability to service this debt.

Kelly says the decision to go with the Wairakei Pastoral deal was to reduce the SOE’s exposure to the sheep and beef sector. He says at one stage 80% of Landcorp’s farms were sheep and beef and now it’s about a 50/50 split with dairy. He says that move was a strategic decision at the time.

“The problem for the government is that in the past 18 years the capital value of Landcorp has risen from $450million to the present $1.7billion. The only way the government can get their hands on that money is if they sell the company or part of it because it is all capital gain.

“So while the portfolio is worth more, in terms of cash to the government by way of dividend it’s a poor dividend yielding company as are all farming companies. It’s no different to anyone else,” he says.

He says it works hard to remove risk from its business, as evidenced by their full support of Fonterra’s guaranteed milk price (GMP) over the last three years, plus their work to build high value contracts in the wool and meat businesses.

“Landcorp has moderately increased its debt over the last few years to fund some dairy conversions in the central plateau and Canterbury. These developments are based on long-term views of dairy payouts. Future plans at Wairakei Estate remain under review as we determine the optimal economic and environmental use of that land. It is a long term lease (40 years) and we are not looking to revoke it,” he says.