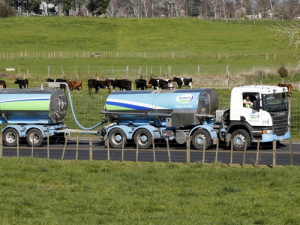 Fonterra is facing a backlash from Australian farmer suppliers worried that the co-op could pull out of the extremely challenging market.

Victoria farmer Mark Billing, who stopped supplying Fonterra from July 1, told Rural News the long term viability of the company in Australia “is starting to worry us”.

Billing, a fourth generation dairy farmer, had been supplying Fonterra since it fully took over Bonlac Food’s operations in 2005. He served as a director of Bonlac Supply Company that represents the co-op’s 1300 farmer suppliers in Australia and he chaired the advisory group Bonlac Farmers Forum.

Billing believes 25 to 30 farmers have left Fonterra in recent months, taking away about 100 million litres of milk to other processors.

“We are talking about bigger farmers taking their milk elsewhere. 100m litres may not be big in NZ but that’s a lot of milk over here,” he told Rural News.

“For my heart it was difficult because we have been supplying milk to make the champion Western Star butter. But for my mind it was easy because of the lack of communication from Fonterra.

“Most processors sign up guaranteeing a base minimum milk price for the season. Fonterra is still refusing to do this.”

Billing says alarm bells started ringing among Bonlac members when Fonterra in April 2016 followed the former co-op Murray Goulburn in suddenly dropping its milk price. For May and June that year, most farmers received an average milk price of A$1.90/kgMS.

“That came as a high business shock and some of us are still recovering from that,” he said.

The recent financial woes to hit Fonterra globally made some suppliers more worried.

“Globally, the way Fonterra is going the divestment of assets is of concern. The long term viability of Fonterra in Australia is starting to worry us.

“Their knee jerk reaction in Australia shows there’s no clear strategy over here. They don’t communicate effectively with shareholders.

“Fonterra Australia has so many pricing systems that it’s ridiculous. Not everyone can access those prices and family run small farmers are being pushed out by the pricing system.”

Fonterra is restructuring its Australian business and this month announced the loss of 25 jobs at its Melbourne head office.

The latest Global Dairy Trade figures confirm the drop in Australian milk collections. For the 11 months to May 31, Fonterra’s collections reached 115m kgMS, down 19.8% on the previous year. May collections were 8m kgMS, down 31.4% on May last season. Milk production in Australia is down about 9%.

Fonterra Australia managing director Rene Dedoncker says the co-op is clear in its commitment to Australia.

“We’ll continue to deliver a return to our shareholders, and offer a competitive milk price to our farmers,” he told Rural News.

“Although we know that we still need to work hard to rebuild trust with our farmers as the events of 2016 still weigh heavily on their minds.”

He pointed out that around 25% of Australian farmers changed processor in the last 12 months. He says based on figures from Dairy Australia, this compared to an average of 10% per year since 2015.

“Like many processors, we have had losses, but we’ve also had new farmers join us.”

Meanwhile, Billing says the sharp drop in milk volumes has increased competition to the extent that a major processor will need to shut up shop.

“They can’t all operate with the reduced volume. We think it will be Fonterra.”

Billing says during his time as Bonlac Farmers Forum chairman he realised the co-op wasn’t listening to their concerns.