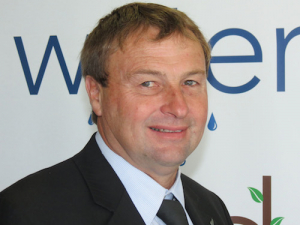 Just over four weeks remain before submissions close on October 17 at 5pm. The Feds have protested the short consultation period given it is the busiest time on farm.

But Allen says farmers must stay engaged. There will be a raft of techniques through which they can give submissions, whether individually, through templates or their industry-good bodies.

“There’s a lot of stress in the environment. There are some pretty concerned farmers out there.”

Federated Farmers, Beef + Lamb NZ, DairyNZ and others in the primary sector will be looking at the effects of these proposals.

“We want the farmers to come out and support or challenge us if necessary so we have the best submissions we can possibly have -- the most robust.

“We need the personal stories. What are the effects of the new rules on farms, communities, local schools and sports clubs? It is really important that farmers get behind this with a united voice and say what is right and appropriate.

“We are on a journey. We are going there but is it achievable if the limits are put in the wrong place?”

He has never had so many farmers say on any issue “we are up for all this stuff, we want to do the right thing, but the goalposts have to be somewhere we can see, not over the horizon”.

Allen says farmers need to know the economic implications. “The audience at the Ashburton meeting was scathing that the Government hadn’t even bothered to do any robust economic analysis of the implications.”

“They didn’t have any detail for farmers. We wanted to hear it from the horse’s mouth, the MfE officials, about what it really means.

“They brought up a few points then they went right into questions. Given that there was not enough information to digest it was hard to have a broader conversation.”

To say there was some concern would be an “absolute understatement”, he says.

“We all know there is stuff coming down the track at us. The Government is saying six weeks is enough time for consultation. There is so much involved in the different topics that to give a coherent response farmers want to be able to understand it. – Pam Tipa