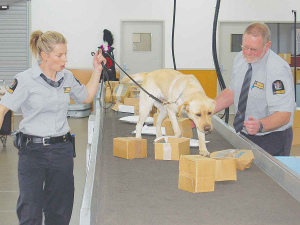 Biosecurity is a top concern among agribusiness leaders.

The 2020 KPMG Agribusiness Agenda, released last week, saw biosecurity getting the top priority score among leaders who responded to the survey.

The survey asked contributors to rank a range of priority items on a scale of 1 to 10, with 1 being an item they considered to be of no priority for the industry and 10 requiring immediate attention and action. KPMG received over 90 responses.

The priority score for biosecurity increased 1.9% to 9.26 although this remains below its peak in 2018 at the height of the Mycoplasma bovis crisis.

KPMG global head of agribusiness Ian Proudfoot says the impact that Covid-19 has had and will continue to have on people’s lives and the economy has highlighted how exposed we are as a country to an incursion.

He says the point was made by a number of contributors that it is critical that we learn from the response to Covid-19 and incorporate what is learned into biosecurity incursion readiness plans.

“There are known threats that have tested our border controls during the year.”

Some of which, like the Brown Marmorated Stinkbug, have the potential to create significant environmental and economic damage if we drop our guard, something we can ill afford given the cost of the Covid-19 response.

There was greater concern about the “porous nature” of the border this year. “The point was made that we have opportunity to build back better border controls when we start to reopen our border and work on designing these should be underway now.

“While minister after minister has declared biosecurity to be their top priority, the approach to biosecurity policy shifts with each new minister.

“In light of Covid-19, the suggestion was made that biosecurity policy should be lifted out of the political arena and made an area where decisions are progressed on cross-party consensus.

“This would mean we can make long-term plans to ensure our border protection is world class, and our pre-incursion threat identification and planning is funded to minimise the risk of another major hit to the economy as we start to recover from the pandemic.”

The report says the seeds of a shift away from multilateral trade towards increased protectionism and nationalism having been planted over the last two years and given a major boost by Covid-19; there is palpable concern among many contributors about what might happen to the market access we rely on to create wealth as an exporter of food and fibre products.

Proudfoot says problems faced by the Australian red meat and barley sectors in relation to market access into China highlights how quickly political differences can become trade issues with massive financial consequences in the tense environment we currently live in. (Barley growers estimate the tariff imposed on their sector could cost AU$1b this year).

“Many contributors focused on the critical role the Government plays in maintaining our market access and called for more resource to be directed towards both negotiating new access and ensuring issues arising with existing access are resolved quickly.

“However, it was also recognised that successful trade requires more than market access, it requires those involved to work with their in-market partners in a way that delivers some of the benefits of trading with New Zealand.”

The Government has committed an investment of $4 million over four years to expand a biosecurity readiness and response app developed by Onside Ltd.