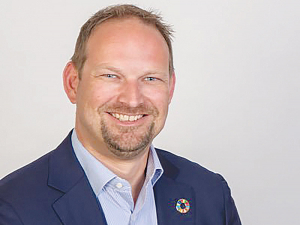 Bovaer, developed by global science company Royal DSM, has got the green light to commercialise the product in Brazil and Chile.

DSM Latin America president Mauricio Adade says is it excited to get approvals in the two countries.

"We are delighted that Brazilian and Chilean authorities evaluated Bovaer carefully and efficiently at the same time and included all ruminants and both beef and dairy in their approval."

Bovaer is also poised for launch in Australia, after trials under Australian feedlot conditions found it reduced methane emissions by up to 90%.

In New Zealand, Fonterra is trialling Bovaer under a joint partnership with DSM. Trials overseas have shown Bovaer reduces methane emissions by up to 30% in non-pasture raised cows.

The additive is a synthetic chemical compound called 3-NOP, developed by DSM, which has been extensively studied for many years in cows fed in feedlots.

"From what we understand, the Agricultural Compounds and Veterinary Medicines (ACVM) act will be updated, however, it's still unclear to us when this will happen, what the updated text will say, and what therefore the implications on registrations timing will be," he says.

Fonterra and Royal DSM, a global science-based company active in health, nutrition and sustainable living, are teaming up to work on reducing on-farm greenhouse gas (GHG) emissions in New Zealand.