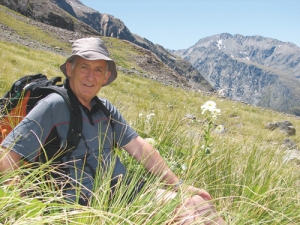 Several years ago New Zealand had a 20% market share of infant formula in China and now that has dropped to under 10%, says Keith Woodford, agri-food systems, Lincoln University.

Just about every value-add product is currently losing market share in China.

If we don't collaborate for online marketing under a New Zealand Inc brand then we will remain in the commodity business, Woodford told a recent China Business Summit in Auckland.

"I am a proponent of online marketing of our food. We have one big company in NZ and we have lots of smaller companies," he said.

He cited over a million products on one popular site.

"There is only one way for NZ to capture value-add with its agri food in China and that is to capture an integrated NZ Inc approach," he said.

"Just talking clean and green isn't going to get you far but at least if we work together in an integrated NZ framework we have a chance to be on the same standing, the same level, as the big international companies we are trying to compete with.

"The priorities are food quality, food safety and, even more, food products.

"I have a vision for a NZ portal: it would have all NZ products there; any Chinese consumer would go onto that site and know they were all NZ guaranteed products with appropriate authentication.

"Their purchases would go into the online cart and within 24 hours would be delivered to their house."

Woodford said all the bits of the system are already there. But the overall integration will cost money to set up. One company he has spoken to was spending a billion dollars on its digital and IT system.

He said there would soon be 100 million Chinese in the high income bracket. To capture the value add with our agri food we must all work together.

"I would like to see this as a government-private partnership. I first did some work on this four and a half years ago for New Zealand Trade and Enterprise but it got lost somewhere in the bureaucracy because of changes," he said.

"I then thought maybe it can be led by private enterprise but most of the private firms have enough issues of their own rather than trying to pull the whole thing together.

"So I am back trying to talk to some senior Government ministers about whether they can help with the initial facilitation of this." It would be hard, but the opportunities are huge.