Capital gains tax on the cards 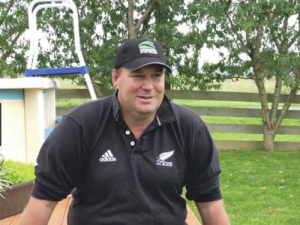 Federated Farmers vice president Andrew Hoggard says someone who has recently bought a farm and may be highly leveraged could be hit by the introduction of a capital gains tax pushing down land values.

“Suddenly your equity position doesn’t look so hot and you may be in a bit of strife with the bank,” Hoggard told Dairy News in response to the interim report by the Tax Working Group chaired by Sir Michael Cullen.

“Obviously if you’re planning to buy a farm after this comes in you might think it’s the greatest thing since sliced bread. It depends where you are in your farming career, I think,’ says Hoggard.

The possibility of a capital gains tax, including on agricultural land, is raised in the report.

While emphasising that the group’s work is not yet complete, the report says one potential option for extending capital income taxation is to extend the tax net to include gains on “assets not already taxed” such as from realisation of land other than a family home.

“This includes all other residential property, commercial, agricultural, industrial and leasehold interests not currently taxed,” says the report.

However, the report also recognises the possibility of ‘roll-over’ relief, where taxing the capital gain may be deferred, such as when a farmer sells a small farm in order to buy a bigger one.

The interim report also canvasses new environmental taxes including on greenhouse gas emissions from agriculture, although it notes that emissions are hard to accurately estimate.

The report notes that the modelling tool Overseer lies at “the more precise end of the spectrum” but it has been criticised over its accuracy, while processor-level charges are “simpler to administer and encourage some mitigation, but do not reflect differences in farming management practices”.

“There is still much work to do on this issue, but the group notes that even imprecise approaches could provide a useful price signal that accounts for land use and intensity decisions.”

Hoggard said that when Federated Farmers submitted to the review they pointed out how Nitrate leaching was already being managed through regional council policy statements and regulations.

“Why would you add a whole another layer of complexity to it?”

Cullen says the group had made a wide-ranging review to assess the structure, fairness and balance of the tax system.

“The thousands of public submissions have given us a clear indication of the key challenges and opportunities for the tax system.

“We see clear opportunities to improve the balance of the system by introducing environmental taxes, while measures to increase tax compliance would increase the fairness of the system. We have also identified important issues regarding the treatment of capital income in the tax system.”

The group’s final report is due in February 2019.