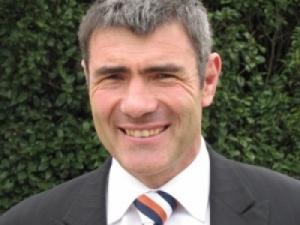 The upsurge in Chinese tourists visiting New Zealand will help boost demand for NZ products there.

"We are the first country to have our halal standards certified; 33% of our halal certified exports go to China – about 77,000 tonnes," Guy says. "There are 20 million Muslims in China and this arrangement will give us a competitive advantage."

Another breakthough is a high-level agreement allowing NZ chilled meat into China. 'Technical' issues are still to be resolved by officials of both nations, but Guy hopes this will soon be sorted. NZ now exports only frozen meat to China.

"China is our largest market by volume for sheepmeat and the second for value at $730m," Guy says. "Beef also has huge potential. This opens the way for us to get chilled meat into high-end restaurants and supermarkets and that's exciting."

Guy says China is now NZ's second-largest source of tourists -- just behind Australia -- and will soon be the largest. Chinese tourists coming here get a taste of NZ food, "and they are all, in effect, ambassadors," Guy told Rural News.

"So once they have spent time in NZ – as tourists or English language students – they go back to China and are effectively salespeople for NZ. It's our blue skies, fantastic environment and food – all underpinned by our world leading food safety systems.

"They go back and talk up NZ... and that helps us get our premium products into this lucrative market. Also important, there are 250 million to 300m middle class people in China -- expected to increase by 150m in the next 10 years, again in NZ's favour."

Guy says it is very hard to ascertain the size of the dairy stockpile in China, but Chinese officials believe things will be better next year.

Demand for dairy products in China hangs on what further steps the Chinese Government takes to stem the spread of coronavirus.

It’s still unclear just how much the outbreak of coronavirus in China will affect New Zealand exports to that country.