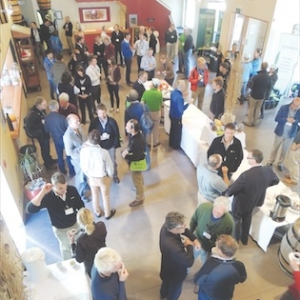 THERE’S NOTHING to choose between kale and fodder beet as winter feeds, so long as you feed plenty of them, research from Lincoln University’s Ashley Dene farm shows.

Relaying the findings of two seasons work, Lincoln professor of dairy production Grant Edwards showed how cows on kale, either early or late sown, and fodder beet, all achieved well over the target 0.5 gain in body condition score through June and July. Consequently crop choice should be driven by fit-to-system and cost, he told attendees at last week’s New Zealand Grassland Association conference in Alexandra.

“The drivers should be how cheap is the crop to produce, how well can you grow it on your farm and how it fits the farm system, rather than how well it will put condition on the cow,” he said.

In the trials, fodder beet produced higher yields than kale but by sowing forage oats behind the late sown kale and harvesting them as green chop silage in November, annual dry matter yield on that system was a match for the beet. The first year’s beet yields were also not significantly higher than either kale crop due to “lower than intended plant establishment” and moisture stress during December and January.

All the crops were fed with supplement to mimic typical farm systems (see table) and utilisation was high – 85-92% in the case of the kales, and near 100% with beet. Edwards explained the difference in apparent ME intake and cow requirement – calculated according to maintenance, pregnancy, activity and weight gain requirements – as being due to tests possibly overstating feed energy content. “There’s also some evidence emerging that the energy requirement of dairy cows over winter has been underestimated,” noted Edwards.

Extra intake to meet protein requirements, or compensate for anti-nutritional factors such as SMCOs in the kales, could be other explanations for the apparent surplus ME intake, he added.

Answering questions, Edwards stressed transition of cows onto winter crops needs care, with alternative feed offered during the transition to keep intake at about 150MJ of ME/day, as it should be throughout winter if that target of 0.5 BCS gain is to be achieved.

Costings from the trials, run on a field scale with two replicate mobs of 50 on each diet, came in at 9-10c/kgDM for fodder beet, 13c/kgDM for early-sown kale, 15c/kgDM for late-sown kale, and 12c/kgDM for the forage oats. While Edwards didn’t reveal the cost of the baleage supplement used with the fodder beet, he said the net cost/cow/day of all the diets was similar at $2.30-2.50/cow/day.