Comcom ruling will put formula makers in the clear 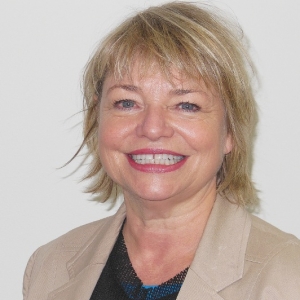 AN INFANT Nutrition Council application to the Commerce Commission will show the New Zealand infant formula industry aspires to the highest ethical standards, not only in marketing but also in trade practices, says nutrition council chief executive, Jan Carey.

The council is asking the Commerce Commission to authorise its members to be able to act in a non-competitive way by restricting marketing of infant formula for children aged under six. Members already do this under their Code of Conduct.

The application is a legal dotting of ‘i’s and crossing of ‘t’s, says Carey.

The council, which represents manufacturers, marketers and  exporters of infant formula in New Zealand and Australia, has in fact had a voluntary code for some so as not to undermine breast feeding.

“It is not enshrined in legislation; it is a self-regulating code which means that in essence it is against our New Zealand laws of anti-competitive behaviour so it is in effect breaking the commerce laws for trade,” Carey explains.

“But the Commerce Commission will authorise anti-competitive behaviour for the greater good and the Ministry of Health suggested that we do this.”

The Code of Conduct has been in place for many years following World Health Organisation recommendations, says Carey. “But there are a lot of new players on the market and we want to make sure that the process is correct.

“The greater good is for the promotion and protection of breast feeding policies and we adhere to that. We make breast milk substitute but we don’t want to be competing with breast milk. But we also choose not to compete with each other in marketing direct to the population and general public.”

Carey says New Zealand and Australia have good marketing practices for infant formula which were developed by the industry here in association with the Ministry of Health.  In Australia it is called the Marketing in Australia of Infant Formula agreement and that is already authorised by the Australian Competition and Consumers Commission. That needed to be formalised in New Zealand also through our Commerce Commission.

“It is part of showing the world that New Zealand has the highest ethical standards for dairy, not only for health but also for trade practices under the Commerce Act. So all government departments recognise the standard of our industry here and especially as it is an exporting industry.

“We had a code of conduct which says our companies will not bring the Infant Nutrition Council into disrepute and that means we expect their conduct in exports markets to be of a high standard in their marketing practices.”

The restrictions the council wants the Commerce Commission to authorise include not advertising infant formula, not distributing gifts or free samples to pregnant mothers or caregivers and not offering inducements to health professionals to promote infant formula. These restrictions give effect to the International Code of Marketing of Breast Milk Substitutes which aims to protect and promote breastfeeding, and to restrict the marketing of breast milk substitutes in ways that would undermine breastfeeding.

The commission may authorise under section 58 of the Commerce Act certain agreements that may otherwise breach the Commerce Act if it is satisfied that the public benefits outweigh the detrimental effects of loss of competition.

The granting of a restrictive trade practice authorisation protects the applicant from court action under the Commerce Act by the commission and private individuals.