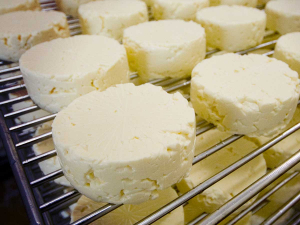 DCANZ is concerned where EU efforts to protect generic cheese names will end.

The EU recently signed an agreement with China.

“The EU-China Agreement is part of a rapidly growing number of trade agreements the EU has negotiated with third countries such as Japan, Mexico, Vietnam, and Singapore.  Through these agreements the EU is seeking to monopolise a wide range of cheese terms that are in common use globally and produced in significant quantities outside of the EU” says DCANZ executive director Kimberly Crewther.

“Opportunities for cheeses that New Zealand has produced for decades and never called any other name, like parmesan, feta and gruyere, are gradually being eroded.”

DCANZ is concerned about where these efforts to protect generic cheese names will end.

In 2017, the EU registered ‘Danbo’ as a protected term, despite previous acknowledgement by the Danish dairy industry that Danbo is a generic cheese name and the significant global production outside of Europe, including in New Zealand.

More recently, the EU has registered ‘Havarti’ as a protected term for sole use by Denmark in the EU, despite a majority of the global production being outside Denmark and the EU’s own implicit recognition of the term as generic through the prior Codex standard setting process and to trade rules under the World Trade Organisation (WTO).

“The registration of Danbo and Havarti as protected GIs raises serious questions about the integrity of the EU’s GI registration process and framework” says Crewther.

DCANZ has no objection to the EU’s GI protections for cheese names that are genuinely unique to a particular geography.  However, past recognition of genericity via international agreements, and a significant history of production in other geographies as a result of shared cultural heritage, should be respected as disqualifying criteria.

“The approach of protecting internationally recognised, and commonly used, terms demonstrates that the flawed EU GI system is too often used for the EU’s own self-interest and economic gain, and not for legitimate intellectual property protection”, says Crewther.

“If Havarti meets the definition of a GI, then there are no cheese names that wouldn’t. There is no certainty around where this attempt to clawback commonly trade cheese names will end”.

These developments come amidst ongoing EU-NZ Free Trade Agreement (FTA) negotiations, in which the EU is seeking changes to New Zealand’s current regulatory settings in order to protect 2,200 terms with provision for additional terms to be protected in the future.

“DCANZ continues to register its concerns that the extensive GI framework proposed by the EU in the negotiations could stifle local investment and innovation in local cheesemaking, limit consumer choice in New Zealand, and significantly undermine New Zealand’s opportunity for added value cheese exports.”