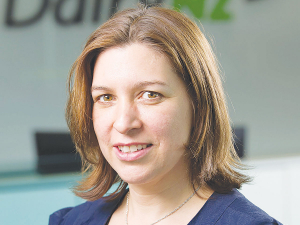 Trade and Agriculture Minister Damien O'Connor's visit to the UK and Europe to progress free trade agreements is extremely important to the New Zealand dairy industry.

Dairy Companies Association of NZ chief executive, Kimberly Crewther says the dairy industry wants ambitious and comprehensive free trade agreements (FTAs), she says that means the elimination of all tariffs on dairy exports to put them on a similar footing to the bilateral trade agreements between the UK and the EU.

O'Connor's ten day trip to Europe sees him meeting top EU officials including Trade Commissioner Valdis Dombrovkis and Agricultural Commissioner Janusz Wojciechowski. He is also scheduled to hold talks with some of the European parliamentarians who are involved in the FTA talks. In France, he meets with the French trade minister Franck Riester. On the UK leg of the trip, O'Connor has talks with Trade Minister Liz Truss and then with other agricultural leaders - including representatives of the National Farmers Union.

O'Connor says that while the negotiations are going well with both the EU and UK, they are at a point where some direct political discussions are necessary to help get through a couple of tricky issues.

"Agriculture is clearly sensitive for us especially geographical indicators (GIs). There are plenty of issues around the fringes and while our trade negotiations have been doing an exceptional job to get us to where we are, we just have to maintain the momentum and get through the difficult issues," he told Dairy News.

The issue of GIs is a major concern to the dairy industry. Crewther says the EU is effectively endeavouring to stop NZ from using the names of certain brands of cheese such as Gouda, which is a city in the Netherlands.

"This would risk significant commercial losses for NZ dairy industry, whilst requiring us to adopt a fraught and inconsistent European style IP framework," she says.

"DCANZ does not oppose GIs as an intellectual property concept. It is, however, extremely concerned that the EU's GI frameworks are being misused to clawback and monopolise the use of cheese names that have commonly used in global cheese markets for many years."

Crewther says the EU has extended GIs protection to a number of cheeses that have previously featured in global trade - facilitating agreements such as Gruyere and parmesan. She adds that such protection has already diminished cheese market opportunities for exporters to the EU market.

"We have a shared food heritage with Europe, as a result of our shared ancestry. The FTA should not take away the opportunities New Zealanders have had to benefit commercially from food names that we have used for decades."

Crewther adds that one of the problems with an expanded EU is getting approved for an FTA from the 27-member countries. She says, in recent times, the mandating or approval of FTAs wth the EU has become increasingly complex and final ratification of trade agreements have taken longer than they did in the past.