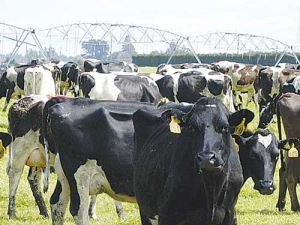 Failure to meet its own goals for reproductive performance (industry targets) has been much talked about at Lincoln University Dairy Farm (LUDF).

Farmers at a February 23 focus day debated the analysis presented and anecdotal comparisons with other farms in the region.

Taking a long term view, particularly if the current season is excluded, reproductive performance has improved on the farm over the past 13 years. But drilling into the detail reveals the farm only once met the industry target of 78% six-week in-calf rate (2013 mating period). Since then the trend in six-week in-calf rates has declined, raising many questions about what is limiting performance.

One bright spot for the farm was an increase in the overall number of yearling heifers in-calf. Last year the not-in-calf rate in the yearling heifers was 14% but this year it dropped back to 9%, or 6% after accounting for five free-martins. Amongst other changes possibly having influenced the yearling results was a return to AI, followed by bulls, and an increased focus on mineral management.

Detailed analysis of the herd’s reproductive performance, done for the farm by LIC, showed little influence from age, milk production, BCS at calving or animal health. As in past years, earlier calved cows were more likely to get back in calf than mid or late calving cows. But this becomes increasingly difficult each year as the declining six-week in-calf rate contributes more later-calving cows next season.

Adding to this, a conservative replacement rate (in part to reduce grazing expenses) and a desire to identify and cull cows with Johnes disease has in recent years given the farm little selection pressure and therefore no ability to remove later-calving cows.

Aware of high return rates in weeks four-six of mating, and uncertain of the effect of the viral disease Infectious bovine rhinotracheitis (IBR), LUDF increased its number of bulls and, rather than rotate these as is normal practice, kept all bulls out with the herds for weeks six-nine.

Past years have shown little gain in overall reproductive performance from bull matings, suggesting heat detection and conception rate was good in the AI period, and cows not mated at this time were less likely to get in calf.

This year, with fewer cows in calf at the end of the AI period, four weeks of bull mating resulted in the number of cows in calf lifting from 63% to 85%. It’s also likely that cows impacted by the above viral disease may have recovered by this phase in the mating cycle.

Early indications from this seasons Johnes testing suggest the farm may not have many Johnes cows to cull, providing some opportunity to cull a small numbers of cows which could include later-calving animals. Some short gestation semen was used in the herd, and this, coupled with the planned earlier calving of the heifers, looks as though the overall calving pattern will not be as poorly impacted as the six-week in-calf rate implies.

It does however keep the pressure on the one most certain factor likely to impact next year’s mating performance – the time between calving and mating.

For the season ahead, LUDF must keep looking for options to tighten the calving pattern and lessen the number of empty cows, and cows not in calf at the end of six weeks mating.

This will include anything learned from DairyNZ subclinical ketosis research, potentially increased use of short gestation semen, continued use of regular body condition scoring and proactive management of non-cycling cows.

• There is much discussion on the possible impact of fodder beet on animal perfomance. The LUDF herd has not been wintered on in recent years or fed fodder beet during lactation.