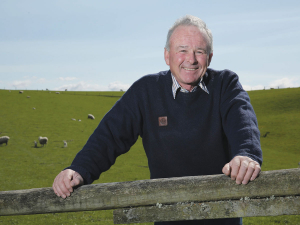 Environment Southland (ES) and Federated Farmers Southland are locked in a dispute over the release of draft limits and targets for nitrogen, phosphorus, sediment, and E. coli load reductions in the region's rivers, lakes and estuaries.

Southland Feds president Chris Dillon claims they never found out about these until the end of December when, by chance, they got a Facebook link to the ES website and got access to the numbers.

Feds claim these draft limits and targets are based off science that has never been subject to a former approval, consultation or plan change process, and which lack consideration of economic and community factors.

Dillon says it's deeply concerning that ES chose to publicise the limits and targets over the holiday period, and without detailed explanation of their context.

"They were saying it was available on their website at an earlier stage but if you tried to find it was impossible," he told Dairy News.

"We only found out because of the Facebook link. As I see it, they had a deadline of the end of the year to do this and putting it out on the last day was not being upfront. They say they talked with us in November but none of those figures were available then," he says.

But ES chair, Nicol Horrell, says he was a bit grumpy when he saw the statement from Feds, which he says is disappointing and could lead to confusion in the community. Feds deny this and blame the council for the confusion.

Horrell is adamant the council has not put out any new information over the holiday period, nor announced any draft limits or targets, and says the information in question is not new, but has been on its website for some time.

"I am very surprised at all this. I went and addressed the executive of Southland Federated Farmers before the end of November, because this science paper was about to go on the website, and we had a discussion that lasted about two hours.

"Clearly some people just didn't like the numbers and other organisations such as DairyNZ have come up with lower numbers, but ven these are still high. We are going out on the road to explain this... Yes the numbers are high but things will change in terms of technology and science, but we have start doing more now," he says.

Countering that, Dillon says Federated Farmers has real concerns about how the targets have been arrived at, in particular the suggestion that the "Share Your Wai" campaign of a couple of years ago was the "community consultation" that led to the setting of these extreme targets.

"This is an aspiration to return our waterways to pre-settlement quality without considering the effect it could have on the major flood control modifications that were implemented for the good of the entire community."

Nicol Horrell, himself a sheep and beef farmer, admits the numbers from the science modelling are confronting. But he says it's important that people take time to understand the information and think about their own business be it farming or in the town and what improvements could be made.

"When we do a plan change we will likely put numbers in for the first 10 years. If you put 25 year numbers in it will cause problems and the reality is that nothing may happen for years. But if you break it down into a journey, and it's not too eye watering, we will make greater progress," he says.

While the two parties are at odds over this issue and there is clearly some mistrust, it seems that both parties want to keep the dialogue going. Dillon says they want a good relationship with Environment Southland and know that farmers have the solution to the problems going forward.

For his part, Horrell says since he became chair of the council they have had a much better relationship with Feds. He says he's told them they won't always agree but he's always available on the phone and is happy to meet with them. He believes it is possible to reach a "Southland agreement" with all the groups working together.