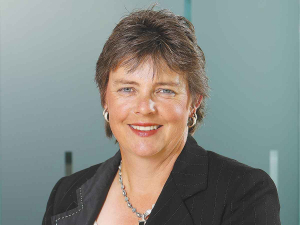 “We would also like to see a commitment to improving cellphone coverage in rural New Zealand because with only 50 per cent coverage across New Zealand, it is the rural communities missing out. COVID-19 has highlighted the issue of digital inequity with incredibly slow rural internet speeds and landlines overloading,” she says.

Gower says children now being schooled at home are often struggling to get to their online classes.

“Across the board, self-isolation and restrictions on bubbles mean that it is vital that communities have the tools to connect, at the very least, to maintain mental wellness,” says Ms Gower.

Federated Farmers vice president Andrew Hoggard says surveys conducted by his organisation show there are some large parts of the rural countryside which still have slow, or no, access to the internet.

“The vast majority of New Zealanders living in towns and cities have absolutely no idea how bad internet access still is in some parts of the country,” he says.

Hoggard says Feds surveys show internet speeds for rural users are still likely to make it difficult for them to complete tasks like internet banking, making orders online and using recruitment websites, not to mention the kids being able to do online schooling.

“If government are looking for a shovel-ready project, this would be a good one. The shovels are already in the ground.”

Excuses fail to 'cheque' out with rural users

As banks start phasing out cheques for customers across New Zealand, Rural Women New Zealand (RWNZ) says its members are unhappy with the decision.

Rural Women New Zealand (RWNZ) say speed limits around rural schools need to be the same as those around urban schools.

Rural Women New Zealand’s (RWNZ) new president is excited to be taking on the role.