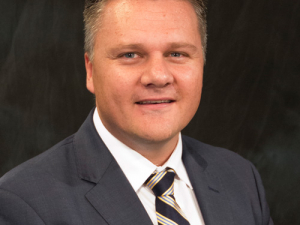 Fonterra is collecting milk from all operating farms in the earthquake damaged Culverden, Waiau and Amuri areas, as the co-op continues to run a support response out of its Farm Source store in Culverden.

“The strength and generosity we’ve seen from our farmers in the face of enormous stress is inspiring,” said Farm Source chief operating officer Miles Hurrell. He says farmers had offered generators, transport for animals and other resources to help the whole farming community pull through.

“We’ve seen farmers working through the night to care for animals and help out their neighbours, so it was fantastic to be able to back up those efforts by having the majority of North Canterbury milk collection on track within 48 hours of the earthquake.”

He confirmed that from last Wednesday all farms in North Canterbury had milk collected as usual. However, there are 22 farms in the Kaikoura area that remain cut off from road access and still need to dispose of milk.

“While it’s incredibly disheartening for our farmers in Kaikoura to have to dispose of milk, those farmers and Fonterra are well insured so we don’t have a situation where there will be financial stress from missed collections,” he explained.

He said Fonterra’s Farm Source and emergency response teams have been on the ground in Kaikoura to help with farm work and relief milking.

“It’s really important to send teams in there to give our farmers a break, so they have time to spend with their families and deal with all the other disruption this has had on their lives,” said Hurrell.

Any Fonterra tanker access to the Kaikoura farms will depend on the capacity of the Kaikoura emergency access road once it is opened.

“Unfortunately tanker access is out of our hands, but we are in close contact with all of the agencies working hard in very challenging circumstances to open a route into Kaikoura, and we are keeping our farmers up to date,” he said.

Fonterra reported no major damage to any of its New Zealand sites, with national manufacturing operations running as usual since the earthquake.