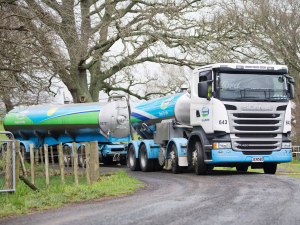 At start of trading day on the NZ Stock Exchange this morning, the share was valued at $3.74 each. By midday the shares had lost 13c or nearly 5% value and hovering around $3.63/share.

Fonterra shares have taken a battering over the past 18 months. In January last year, each share was priced at $6.60. In the last 12 months it has lost 25% of its value.

Fonterra informed the markets this morning that it was bracing for a full-year loss of up to $675 million for 2018-19.