Get those ramps built 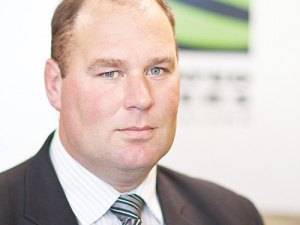 His comments are prompted by recent videos made by the animal rights group Farmwatch.

Hoggard told Dairy News that farmers must knuckle down and build the ramps (which become mandatory next season), or face ongoing criticism about how bobby calves are loaded onto trucks bound for the processing works.

He says the present controversy is exaggerated because many people, including some media, have not watched all the footage handed to MPI by Farmwatch. Also, the media are playing this year’s video alongside last year’s, confusing and blurring the issues.

Loading calves onto trucks requires physically handling them and lifting them up onto the tray. A truck driver needs to be about seven feet tall to do the job properly, Hoggard says.

“To be fair to these truck drivers, I’m not sure I could have got [the calves] onto the truck any more gently. Last year we saw some pretty callous handling by truck drivers, but this year, while it looked a bit rough, they’d been doing it all day and it didn’t seem like there was malice in it or disregard for the animals. But it highlights the need for loading platforms.”

But Hoggard was unimpressed with video showing a person dragging a calf along the ground. “That was bad and if I’d seen that on my farm it would have been a disciplinary matter.”

But he says complaints about calves not being handled properly and put in crates behind a quad are not valid; this is normal farming practice, exactly what he does on his farm.

“This needs to be properly explained. We pick the calves up after they have been born because it’s for their welfare. If we left calves on the mothers there would be the impacts on the mothers. It’s hard, but it is something we have to work our way through and get some better understanding of why these actions happen.”

If farmers were required to do what the animal rights people want, it would make spring an impossible time of year, instead of just difficult, Hoggard says.

NZ dairy farmers are constantly criticised despite all the good work they and the industry are doing. This contrasts sharply with what happened in Australia when the milk price to dairy farmers slumped.

“The public were saying they would be willing to pay more for milk to support their farmers, whereas here it’s constant whinging about the price of milk,” Hoggard says.

“It all goes back to the ‘dirty dairy’ campaign which, as an industry, we denied a little too long. We tried to push back, but had we accepted the challenge a lot sooner things may have been different.”