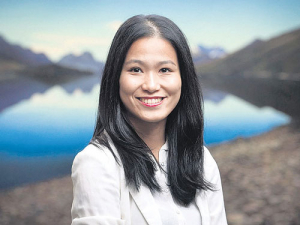 Fonterra is not the only global dairy co-op struggling to save a joint venture in China.

European co-op Friesland Campina has bought the remaining stake in its joint venture with Huishan, officially ending its partnership with the embattled Chinese dairy company.

FrieslandCampina’s woes in China are similar to Fonterra’s trouble with its JV partner Beingmate.

However, in December 2016 concerns were raised about Huishan ‘inflating’ its earnings, and early last year Huishan’s shares plunged 85% in just 90 minutes, before trading was suspended.

FrieslandCampina took a $50 million hit as a result of the failed JV.

But Chinese dairy expert Jane Li says FrieslandCampina will pay a bigger price for the bad investment decision because a Chinese court has ruled against the co-op.

It’s another disastrous investment, she says.

“It seems not enough due diligence is being done and not enough risk is being factored in to China investments.

“Friesland may have only spent $2 million for the remaining 50% of their JV, but they are now liable for the outstanding debt of 800m RMB. Including the initial 700m invested in the JV, it will end up costing Friesland over 1.5 billion RMB with only a factory in Shenyang to show for it.

“It seems an outrageously high amount to invest from the beginning.”

Li points by comparison to Hong Kong-listed Ausnutria which recently entered a similar joint venture with Westland Milk on the West Coast.

“Foreign dairy companies need to set up more sensible JVs like this in China right from the beginning to help avoid expensive dramas playing out later on.

“This is also the case with Fonterra’s Beingmate joint venture: it was set to fail from the beginning as the rationale for investment was flawed because Beingmate doesn’t actually own stores or control distribution networks as some thought.”

Things could be worse

According to Jane Li, Fonterra may end up facing the same scenario in China as FrieslandCampina -- the joint-venture partner fleeing debt and a Chinese court ruling the co-op liable for that debt.

“Beingmate will certainly be marked ST (on watch to forced delisting) after their next financial report and investors will lose more confidence causing the share price to likely fall further, especially after a Shenzhen stock exchange audit uncovered financial irregularities last month.

“We already know that the company doesn’t own or control any retail stores or distribution network so it is impossible for Anmum sales to increase fast enough to turn the business around and realise the strategic investment.

“But this is not even the worst-case scenario,” she says. “There is potential for more serious risk exposure, so I think all consequences need exploring at this stage and options tabled, even including a potential exit from the JV.”

Fonterra will report on its Beingmate investment with its half-year results on March 21.