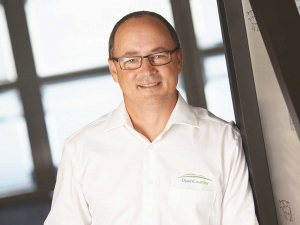 The country's second largest milk processor says the tail end of the 2020-21 season is turning out positively for the industry.

OCD has processing sites at four locations: Horotiu, Waharoa, Wanganui and Awarua. It has a forecast milk price range of $8.05 to $8.45/kgMS for the February to May period.

“If this trend continues, we may once again exceed our forecast range but for now will continue to monitor it over the coming weeks,” he says.

“The most promising take away from the latest auction was the good demand with reduced reliance on North Asia.

“The higher participation from buyers in the Middle East, Oceania and Central America indicates that these markets are prepared to purchase at the higher pricing levels to secure volume.”

“The auction suggests aggressive Chinese purchasing is likely to ease further, at least in the near term.”

This may result in prices easing a bit over the next auctions. Still, strong postpandemic global demand and softer Northern Hemisphere production should keep prices from falling too far, Keall adds.

BNZ senior economist Doug Steel notes that dairy prices initially dipped as the pandemic broke out, but then recovered strongly to be well above average by early 2021.

He says demand from China has been instrumental to this rebound, while milk supply growth has been relatively muted.

Steel expects prices to ease from current very elevated levels later this year, but still average higher in the year ahead compared to a year prior.

“This should see export values push higher over the coming 12 months compared to the previous 12 months.

BNZ is forecasting a 2020/21 milk price is $7.70/kgMS, well north of last season’s $7.14. It is forecasting an opening forecast of $7/kgMS for the next season which builds in some offshore price declines from current levels and a higher effective exchange rate.

Open Country Dairy is continuing its journey to improve its environmental footprint.

Its new electrode boiler in Awarua has been running extremely well on 100% renewable energy since installation.

“We expect this conversion to be completed over the coming months and will start trialling the alternative fuels in the new season.”

“Our sustainability programme has ensured investments match our long-term carbon footprint reduction goals, and we are proud of our progress,” Koekemoer says.

Open Country Dairy (OCD) is donating 11 tonnes of milk powder for distribution to the poor and needy.

OCD not getting over-excited