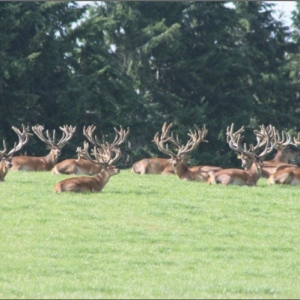 Deer farmers have now enjoyed a six year-run of firming prices for velvet antler, making velvet production one of the most profitable livestock farming ventures.

Some exporters reported that prices before Christmas were up 25 per cent on the previous season, bringing the all-grades average to around $125 a kilo, with further increases since then.

DINZ chief executive Dan Coup says that once the strength of demand became apparent, exporters did an excellent job of maximising returns to farmers. However, he cautions farmers against banking on similar increases in prices next season.

"Of course, prices could continue to increase. But because a good chunk of NZ velvet is still sold in the commodity market, with competing demand from Korea and China, as well as different segments within those markets, it is extremely difficult for DINZ or exporters to make predictions," he says.

"The reality of commodity markets is that they are volatile and unpredictable. We know that increased demand from healthy food companies has reduced our reliance on the commodity market, but I'd still advise velvet farmers doing their budgets for next season to be conservative."

Coup says there are very good reasons for NZ velvet to be in the top price bracket globally, with major buyers now recognising that New Zealand has the best product, the best biosecurity, and the best quality assurance.

"But all markets have their limits. Feedback from the market tells us that as prices increase, there can be substitution of NZ velvet. In oriental medicines and health tonics, the proportion of velvet can be reduced in favour of other medicinal ingredients.

"In an ideal world, prices will remain stable at levels farmers have enjoyed during the last few seasons. DINZ and exporters are having growing success marketing NZ velvet to Korean consumer food companies producing branded remedies and tonics for the mass market.

"These businesses recognise the attributes of our product and now account for around 20 per cent of production. And like all food manufacturers they look for stability in the prices of ingredients."

He says the sustained profitability of velvet production is a big confidence boost for deer farmers, and has offset some of the disappointment around venison prices and drought.

"The velvet industry is feeling confident and we believe it has a bright future," says Coup.