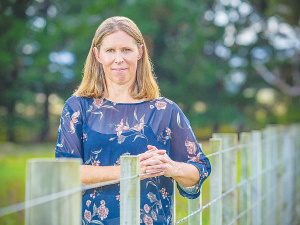 A strong opening forecast milk price for next season – of between $7.25/kgMS and $7.30/kgMS – has been announced, mostly on the back on soaring prices on Global Dairy Trade (GDT) auctions.

However, the opening forecasts come with a warning: it’s still early days and things could change.

ANZ agri economist Susan Kilsby notes that its likely dairy prices will start the 2021-22 season at a high level, but there is certainly no guarantee they will remain at this level.

“At this stage, it is not completely clear what is actually driving the sharp lift in pricing we are currently experiencing,” Kilsby says.

“Therefore, it is difficult to predict how long the current run of stronger pricing will be sustained.

“We anticipate we will see some correction in pricing within the next 12 months, and when this occurs, it may do so at pace.”

The other factor that has a large influence on the farmgate milk price is the New Zealand dollar.

According to Kilsby, the NZD will generally appreciate over the next 18 months, and this will curb returns at the farmgate somewhat.

Penny says the recent price rises in whole milk powder and milk fat prices have “a New Zealand angle to it”. “New Zealand is the largest exporter of both WMP and milk fats. Skim milk powder prices, in contrast which the EU and the US also heavily export, have increased by a more modest 22% since November.

“The implication is that this latest increase will prove temporary…New Zealand has entered its autumn and the season is winding down,” notes Penny.

Dairy farmers around the world are also expected to boost production to cash in on the high milk price. Penny expects the impact of this response will come to bear from around midyear, with prices beginning to moderate.

He says the bank’s opening forecast milk price for next season of $7.30/kgMS could jump by 20c.

“Even if we were to conservatively assume much of this latest price spike unwinds over the next couple of months, there is now significant upside risk to our recently-made milk price forecasts for both seasons,” he says.

“The challenge for determining the dairy price outlook is how much of this price spike is supply covering that will be offset later by reduced buying demand versus a more fundamental (and more sustainable) lift in underlying demand.

“Spikes in other commodity prices – including animal feed – do point to elements of a more general surge in commodity demand.”

The forecast $8/kgMS milk price for this season is under threat.