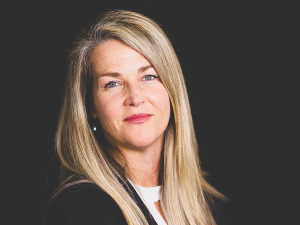 Insufficient money was allocated for Westland’s future and that is well recognised, she told Dairy News.

“That has been a big wake up call for everyone and not just in the cooperative sector. It is a general pattern that is happening to everyone, whether in New Zealand or internationally.

“Globally the speed of change is getting faster. The challenge is to stay up with the times and make sure they are investing in technology to keep up with their competitors.

“The other side is making sure they have the right governance sitting at the table with the right skill set.”

Cooperatives have the ability to survive tough times and the flexibility to respond to the current global disruption across all businesses.

A recent UK study shows the cooperative is a highly sustainable business model compared to others, if it survives the first five years, Henry says.

About 65% of Cooperative Business NZ’s membership is drawn from the farming or wider rural sector, including Fonterra. A key to cooperatives’ sustainability is their emphasis on upskilling and training their people. Different skill sets are needed as people move up the ranks in any business.

“It is the challenge for cooperatives to make sure they are giving the people sitting on the governance boards the right level of education and training to succeed. So that they are asking the right questions of their board.”

Agrigate is a classic example of cooperatives taking technology to a new level and recognising the need to invest in the future. Agrigate is a joint venture between LIC and Fonterra. It works with Fonterra members to apply the technology coming out of LIC to the best advantage.

The sustainability challenge is obviously hitting the rural sector hard, she says. Key principles underlying the cooperative model, including the social good aspect, stand them in good stead.

“I believe the cooperative model will be more attractive to the younger generations as time goes on.”

There could be a push back against rampant capitalism.

The younger generation have access to more information than previous generations and they are worried about climate change, sustainability and how it will affect them.

“The older generation aren’t taking this seriously. It will be interesting when the young get into the workforce what their expectations are.”

But during her travels around the country after taking on the role a few weeks ago, Henry has seen a passion and drive coming through members’ senior leaders to develop their people.

“An example is ‘To the Core’ run by Farmlands and Silver Fern Farms. It is all about development and leadership and we are very supportive of getting in behind that to make those successful.”

The cooperative model supports members to succeed, rather than putting first the interests of hands-off shareholders as can happen with the corporate model. In tough times cooperatives tend to come together.

NZ is one of the most cooperative countries in the world but there are numerous significant international cooperatives. Rabobank is one example.

“It is big in New Zealand but internationally it is very big as well. And it has the legs to grow.”

NZ universities do not provide much education about cooperatives as a viable business model. One of her challenges will be to work with them to change that.

“I also spend quite a lot of time working with start-ups. I have only been in the role for a month but already I have been talking to three or four different outfits keen to establish themselves as cooperatives.

“Or there are organisations moving away from a franchisee model to form a cooperative model.

“They are well established businesses so I can see over time more organisations looking to move to this model. They don’t want big brother dictating to them how they do business. They actually want to have a vested interest in the outcomes and ownership.”

Cooperatives’ profits remain onshore. “What I love about the rural sector is that individuals are invested in multiple cooperatives within the regions, which then support those regions to be successful.

“With the Westland scenario the profits have gone offshore. In 10 years if those farmers are no longer getting the payout at Fonterra rates what will that look like? I don’t know the answer but it is concerning when you see that.”

A key focus in her new role is to help member co-ops add real value for their members.

“We need to get into the detail and nitty gritty for senior leaders to see if they can work together, have think tanks and round table discussions so they can learn from each other. And look at how we put that back to the Government so we have a voice at that table.

“The model has huge opportunity for the smaller organisations growing but also potentially for businesses that want to transition across.”

She worked with all the dairy co-ops. She got to understand their needs and how they were set up and structured.

And she got a sense that these organisations were all about the individuals and their livelihoods.

“Having subsequently worked for a number of corporates, there is quite a different mindset around being a member of a cooperative versus working within a corporate.”

Henry was also a management consultant for 15 years, bringing a skill set she believes will help the co-op organisations move forward. Membership ranges from small to large scale cooperatives such as Fonterra.

“I have done consulting into a number of these organisations already so I understand some of their challenges.”

While she will not personally consult to them in her new role, she is there to help them solve problems and look at how they might do things differently.

In the advocacy part of her role she will talk to government officials and “see how we can better engage”.

“I want to push ahead and see how we can support our members. And make sure we give them value for money.”

Henry took a degree course in Bachelor of Consumer and Applied Sciences at the University of Otago.

She started out with the NZ Dairy Board in sales and marketing, working for its ingredients group NZ Milk Products. She then headed its business development team in Australia, looking at the value add market for the ingredients part of the business.

She returned to NZ and joined the team that formed Fonterra. She moved to the UK in 1999 as the co-op’s supply chain director before moving into management consulting.