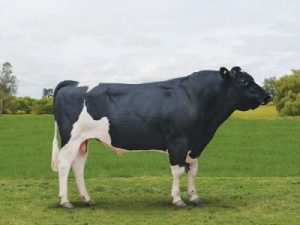 Farmer-owned cooperative, Livestock Improvement Corporation, made a loss of $4 million in the year to May 31 2016, down from a profit of $13.7 million the previous year.

LIC revenue from ordinary activities was $205 million and including other income from grants, totals $211 million, 9% down on the total $232 million achieved during 2014-2015.

This decrease reflects the prolonged New Zealand dairy industry downturn, and the continued investment by LIC on R&D and core technology for the medium to long term future of our industry, it says.

"During the last year LIC has made substantial reductions in costs through reducing expenses such as travel and training, focusing capital IT investments on key areas only, extending working life of assets and recruiting only essential personnel," the statement says.

"The benefits of LIC's investment in R&D and core technology flow to LIC's 10,500 New Zealand dairy farmer shareholders in the form of continually improved services and products to improve efficiency and productivity on-farm.

"Investment in 2015-2016 included a significant investment in the new MINDA LIVE product launched at National Fieldays in June 2016. MINDA LIVE is a modern online version of LIC's herd management system that is used by 95% of New Zealand dairy farmers.

"The results also reflect the significant spend on core technology in prior years that is now flowing through as increased depreciation annual charges. NPAT includes the annual revaluation required under accounting standards to "fair value" of the biological elite bull team which, this year, resulted in a decrease net of tax of $3.7 million to a value of $87.5 million in 2015-16 compared to a value of $92.6 million in 2014-15. This reflects lower expectations around future revenue consistent with the industry outlook. The bull team is valued using a model designed independently of LIC, that looks at future revenue streams and costs associated with the current bulls owned, discounted back to current value.

"The fluctuations in fair value of the elite bull team are excluded for the purposes of determining the appropriate dividend amount and are not considered to be a key indicator of trading performance. For this reason, LIC also reports Underlying Net Earnings (NPAT excluding the increase or decrease on fair value of elite biological assets and the related tax effect) which was a small loss of $300,000 this year ($11 million profit 2014-2015). This is in line with the forecasts made at half year of a break-even position."

Strength of balance sheet: LIC continues to operate a strong balance sheet with total assets including cash, software, land and buildings and bull teams of $323 million, an increase of $21 million over the previous year with an equity ratio of 65%. Bank loans were $41 million at year end.

Cash flow: Cash flows from operations reflected lower sales on top of an increase in deferred terms to assist farmers' on-farm cash flows but were still positive for the 2015-2016 year generating $14.4 million, compared to $34.8 million in 2014-2015.