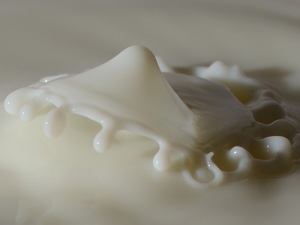 The New Zealand dairy industry is not latching on to increased demand in Asia for liquid milk.

The New Zealand dairy industry is not latching on to increased demand in Asia for liquid milk.

The report notes that in Europe where the milk quota was lifted last year, there has been an increase in milk production of 2.9% over the previous year with Ireland lifting its production by 12%, Netherlands by 7% and Germany by 2.4%.

But MPI says given current world dairy prices, farmers in these countries are still operating below the break-even point and they expect production to slow in the new season.

MPI says milk production for this season will be down by 7% and that doesn't take into account the effect that El Nino may have. It says dairy prices are stabilising but the recovery will be slow as the glut of milk stocks, especially in China, is depleted.

The author of the report, director of sector policy, Jarred Mair says despite the in-market issues, NZ dairy farmers are focusing on profit and fine tuning their businesses to cope with the downturn.

"A couple of things are coming through," he says.

"Farmers are looking through the cycle so they are not making decisions on the here and now. They are looking at what they can control such as their variable costs which is great and we are seeing a much bigger narrative around their systems, and their approach and their farming model.

"They are saying 'am I doing the right things for me' in these areas, which I think is also good because it allows a moment of self-reflection."

Mair says a very confident sector is continuing to invest in areas where it needs to and it hasn't put away wallets completely. Discretionary spending has obviously been dropped. "I think there are couple of trends," he says.

"There are those who are looking and saying 'how can I manage my variable costs and better understand the grass growth curve?'. But we are seeing a big push in innovation and we are seeing a lot of new farming systems come out that are sort of 'grass plus' that are just astounding in terms of what they can achieve."

Mair says New Zealanders need to understand even a small dairy farm is a multi-million dollars business and some of the bigger ones are in the $10m plus bracket.

Your old mate wonders if the over-reaching do-gooder who set up a North Canterbury cow sanctuary “to save retired dairy cows and bobby calves from slaughter” will face any charges for animal cruelty.