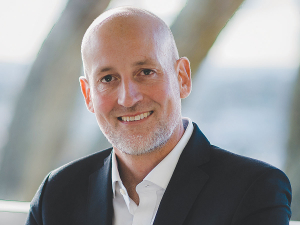 Synlait Milk's dispute with a neighbouring landowner over the status of the land where it is building its new Pokeno milk powder plant continues to drag on.

As things stand, the Court of Appeal has upheld old covenants over the land, effectively preventing the site being used for a factory.

In June, Synlait applied to the Supreme Court seeking leave to appeal that ruling.

In the latest development the Supreme Court has advised the parties that it will conduct an oral hearing into that application. A date has yet to be set.

In a statement to the New Zealand Stock Exchange, Synlait chief executive Leon Clement reaffirmed that the company is talking to all parties.

“Our plans for the Pokeno site haven’t changed. This is just another step in the legal process. We continue to have conversations with all involved and are hopeful we can seek an outcome that works for everyone.”

Synlait says construction at the site continues and remains on track.

The plant, which would be the Canterbury company’s second nutritional powder manufacturing site, is near completion and is supposed to begin production about October.

Synlait announced the conditional purchase of the 28ha Pokeno site in February 2018.

The land was subject to covenants limiting its use to grazing, lifestyle farming or forestry, but Synlait was confident the covenants were now irrelevant due to the land having been rezoned industrial and the existence of other industrial development in the area including another dairy powder plant.

The High Court agreed, removing the covenants in November 2018. The title was transferred to Synlait only after that ruling, although work was already underway.

However, the Court of Appeal then effectively reinstated the covenants in a ruling delivered on May 9 in favour of the beneficiary of the covenants, the adjacent land owner New Zealand Industrial Park Ltd.

New Zealand Industrial Park is owned by an Auckland businessman, Qing (Karl) Ye. He also heads Tata Valley Ltd, which has plans to build a large tourism development near Pokeno, and is managing director of GMP Pharmaceuticals, a food nutrition company with a factory in East Tamaki. Its directors include Agribusiness NZ chair and former Federated Famers chief executive Conor English.