Milk price cut ‘will not surprise’ 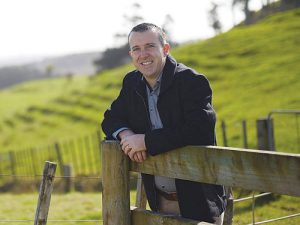 ASB’s Nathan Penny says extra milk from NZ is proving too much for global markets to absorb.

With production up 6.5% on last year for the peak of the season, a downward adjustment in Fonterra’s milk price will not be surprising, says BNZ senior economic Doug Steel.

Another “disappointing” Global Dairy Trade Auction last week saw the overall price index fall 3.5% with the whole milk powder price down 1.8% to US$2599/metric tonne. The WMP price has failed to rise in nine consecutive GDT auctions and is at a two-year low.

The cooperative is required to revise its milk price forecast for Dairy Industry Restructuring Act (DIRA) purposes by December 15, 2018.

Economists are expecting another revision downwards.

“Prices have yet to register an increase at an auction since the dairy season started in June. The cumulative fall is now a touch over 20%, seeing prices 12.4% lower than at this time last year.”

“Production was up 6.5% year-on-year in the peak month of the season. This reflects generally helpful grass growing conditions especially compared to recent difficult seasons. This is good for the likes of GDP growth, but comes as a detriment to prices. Combined with a resolute NZ dollar, this makes Fonterra’s milk price forecast range of $6.25 to $6.50/kgMS more difficult to achieve. We would not be surprised to see some downward adjustment over coming weeks.”

Senior rural economist Nathan Penny says the production season is already one for the record books. October production has set a new record high for any month, building on early strength.

ASB is taking its full season production forecast up a notch to a 5% increase, from 4% previously.

“At this juncture, the NZ production strength is proving too much for global markets to absorb,” Penny says.

“Fortunately, production is relatively soft in the EU, the US and in Australia. Nonetheless, given NZ’s large share of global dairy exports, particularly of whole milk powder and butter, the mini glut in production is leading prices lower.”

The guessing game has begun to predict what dairy farmers will get for their milk this season.