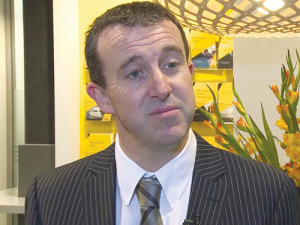 The back-to-fat story was reinforced at the latest GDT event with butter up 3.3% to a fresh auction record high of US$5631/t, says ASB senior rural economist Nathan Penny.

The fat trend has several positive implications: it is likely to be ongoing and it means the global dairy market is turning from supply to demand driven.

“Particularly in North America but elsewhere we have seen a move back to butter and fat in general as it is no longer seen as bad for your health as the science has proven.

“So people have started to put it back on their menus. One symbolic example of that was McDonalds in the States moved to put butter back on its McMuffins. It did away with margarine or similar and replaced it with butter,” Penny told Dairy News.

“Those sort of moves are being replicated in various places across the US and that really has seen butter and fat sales increase.

The reasonably good production season – with a better second half than first – was behind the dip in WMP prices.

“But demand is really part of the story now. It is not just demand correcting around the world, it is also firm demand and particularly for milk fats. So we expect that to continue into the new season.”

ASB is holding its new season forecast at $6.75/kgMS.

But Rabobank dairy analyst Emma Higgins says while dairy fats “creamed it” again at the last auction, she sounds a note of caution.

“We now have a situation where Oceania dairy is pricey compared to other regions. The US now has significantly cheaper butter than EU and New Zealand.

“The US$200/t premium for NZ butter is sizeable and something we haven’t seen for the last couple of years. This will be something to watch going forward as the US stocks continue to mount.”

The highest average prices for butter in GDT history were helped by a European shortage of product, she says.

While AMF dropped by 1.2% to land at US$6569/t, the drop only took the edge off what continues to be exceptional AMF prices.

“However, weaker prices for contract periods (i.e. delivery) towards the end of 2017 suggest that buyers are looking for short term AMF coverage at these expensive prices and raises questions of buyers substituting dairy fats for vegetable oils in some food applications in future.”

Weaker WMP prices for contracts in October and November 2017 suggest the market is anticipating strong NZ milk supply, she says.

All other dairy products are in positive territory: cheese climbed 14.5% and skim milk powder (SMP) leapt up almost 8%, albeit from a low base.

ANZ rural economist Con Williams says all up some caution is warranted on early season milk price forecasts until there is more certainty of a supply/demand balance during the seasonal peak.