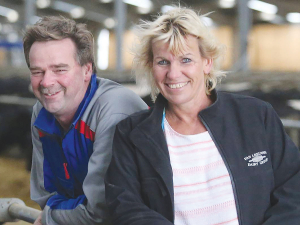 A Christchurch lawyer is accusing MPI of running a poor Mycoplasma bovis compensation system negligently or on purpose.

Cameron, a specialist in class actions, has revealed that he is talking with several other law firms with dairy industry expertise and Mycoplasma affected clients, and a class action is now on the cards.

He is also acting on behalf of the Van Leeuwen Group, on whose property the disease was first detected in mid-2017, seeking a High Court declaration on whether they can claim compensation for professional fees incurred as a result of the outbreak.

Cameron told Dairy News that whether professional fees should be claimable was just the first phase of the overall strategy.

He said every farmer with Mycoplasma bovis faced two major problems: the first was the MPI response, the second how MPI sees the compensatory regime.

The second was dealing with the farming operation’s own bankers because they can “take fright” and start to apply pressure of one form or another depending on the particular farmer’s circumstances.

Cameron said it was not just the Van Leeuwens. He had other farmer clients in the same position, as did other law firms he was in discussion with.

“So the first thing is that the MPI compensatory regime should be fair and restore the farmer to a position they were in before the outbreak. That system doesn’t work and I think I would be that blunt about it.

“MPI pretend that it works and suggests that it’s paying a lot of farmers within a short period of time. We’ve seen no evidence of that at all. What we’ve seen is that there is the occasional interim payment.

“There is a wider practice of delaying over extraordinary lengths of time. In the Van Leeuwen’s case it is over two years, but I know of other ones almost as long.”

Cameron said it was plain MPI had no proper system in place “and we will certainly be bringing evidence ultimately before the court to show that they were almost inventing it as they went”.

There was also a general attitude of delay as long as possible in the hope the farmer would accept a lower amount and go away.

“We think there is probably a deliberate strategy to minimise payments to farmers.

“This is a very serious situation because if they don’t receive quick and full recovery then they are necessarily going to be in strife with their bank and with their creditors so their whole operation will be threatened.

“So what we have is a system that is either negligently being operated or, worse, is being operated to a strategic plan designed to save money for the Crown. Under either scenario that is extremely serious for farmers and the faming community.”

Cameron said it is serious for the country because it is a policy underlying the Biosecurity Act, and there is  “an absolutely necessity” for farmers to report serious disease outbreaks as soon as they occur to avoid devastating the national economy.

“There has to be a statutory incentive for people to report honestly, fairly and right upfront.

“And the quid pro quo is a fair compensation regime that puts farmers back in the position they were in, and they can expect full fair and quick payment.

“That is demonstrably not happening.”

Meanwhile, Cameron has asked the High Court for an urgent hearing of the Van Leeuwen’s judicial review application, and is hoping it can be heard before Christmas.

It is asking specifically whether or not the compensation regime covers professional fees.

Cameron said that the Van Leeuwens had found that it was not just lawyers and accountants, but “a whole raft” of professionals including dairy consultants, bankers, real estate agents and others who had to get involved in helping M. bovis affected farmers to assess their position.

“In respect of professional fees and bank charges, we are asking the High Court to declare that these things are covered by the compensation regime.

“That will be many millions of dollars for the dairy community. If that case succeeds, farmers will be a helluva lot better off than they were before.”