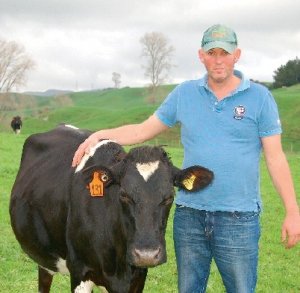 THE WAIKATO Regional Council (WRC), Fonterra, DairyNZ and Federated Farmers are working closely together to make it easier for about 3500 dairy farmers in the Waikato to comply with new rules around water takes for shed wash down and milk cooling.

These new requirements are included in Variation 6 which is a part of the WRC's new regional plan.

Under Variation 6, farmers will need a consent from the council to take water for shed wash down and milk cooling, but as Brent Sinclair, from WRC, says this is not anywhere near as onerous as it sounds.

As part of Variation 6, farmers will automatically get a consent for as much water as they were taking in 2008 – the date the plan was notified, he says.

They have until 2015 to lodge an application for this if they want to come under what is known as the "grandparenting" provision.

But Sinclair says once consent is granted, farmers will have three years to complete the fencing and the duration of the consent, in most cases 15 years, to complete the riparian planting. (In comparison Fonterra has given its farmer shareholders nationwide until June 2013 to comply with fencing waterways on their farms)

James Houghton, Feds Waikato president, says farmers in the Waikato now need to seriously understand and think about how they are allocated and use water and how to get through the processes with the regional council.

"In the past farmers have thought it was just their right to put down a bore and pump water out of creek. But this has changed," he says.

While Houghton concedes fencing, riparian planting and the consent process will be a cost he believes it'll be worth it.

"It will help farmers' standing in the community by showing they care about the environment. It's a win-win situation because farmers will get the benefit of having a secure supply of water for up to 15 years and the environment will be enhanced in many areas," he says.

Under Variation 6, farmers using less than 15 cubic metres of water a day do not need a consent. In most cases this will be farmers with 200 cows or less. But Houghton is urging these farmers to get a consent anyway.

"Further down the track those catchments may become fully allocated and having a consent will be another asset if they come to sell the farm," he says.

Houghton says all parties are now working together to devise a system to make implementation of the Variation 6 provisions easy and as inexpensive as possible. Sinclair agrees and says they also want a simple cost effective system.

But Sinclair says the process being worked on only relates to shed wash down and milk cooling and not to other consents relating to water use such as irrigation.