No longer the wet coast 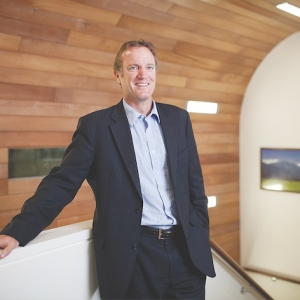 For the second year in a row the West Coast is drying out, causing a drop in the milk flow to Westland Milk Products.

Chief executive Rod Quin says though they got rain recently the two day average supply is 6% behind last year. On a season-to-date basis they are ahead – by 3%. Quin says he expects by season end production for 2014-15 will just be slightly ahead of the previous season.

“Southern Westland is in much better shape than the northern part.  While it might rain along the coast a lot of our suppliers are in the Grey Valley in the foothills of the Southern Alps and they often don’t get the same rainfall as those on the coast. In fact many have installed irrigation systems to deal with dry weather.”

Also, Westland soils are free draining, not holding moisture as do soils in other regions. While it is nowhere near a drought, he expects the lower payout may see some farmers reduce stock numbers and cut the use of supplements.

The good news for West Coast farmers is the payout. Westland’s Rod Quin is forecasting $5.00-$5.50. He attributes this is partly to the recent improved GTD prices and the lower New Zealand dollar and to the way Westland has configured its business.

“We are not big whole milk powder producers. We tend to be more into skim milk powder, butter and nutritionals and proteins, which for most of the season have provided better returns than WMP. We were punished heavily last year for not being WMP producers but the tables have turned somewhat this season.”

While $5.00 will not make every farmer happy, Quin says, it is still better than from other dairy companies. Westland has installed a new drier for next season, to give the company a more flexible product mix.