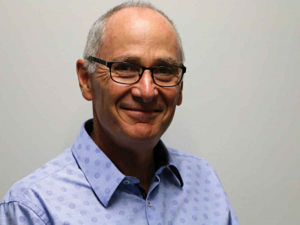 As the management agency for the National Animal Identification and Tracing (NAIT) system, OSPRI has been working closely with LIC to ensure livestock data recorded in its livestock management system MINDA LIVE, is more easily transferable and can be captured real-time in NAIT.

“The recent upgrades mean a seamless transfer of livestock movements between both systems within two hours instead of just once daily," says OSPRI chief executive Steve Stuart.

“Farmers will also now receive an email notification confirming that the information about their livestock and movements has been successfully transferred into NAIT.”

OSPRI is delighted to see farmers are increasing their NAIT engagement with 77% of animals now being registered in the system prior to moving off farm.

“We expect the recent work undertaken between OSPRI and LIC will provide further incentives for farmers to meet their NAIT obligations,” says Stuart.

“The upgrade provides more certainty for farmers registering animals and recording livestock movements in MINDA LIVE and the transfer into NAIT. It also means the data held in NAIT will be more current and accurate and this supports disease management and national biosecurity.”

MINDA is used by over 90% of New Zealand’s dairy farmers, helping inform them on management of herds, individual animals and NAIT obligations.

LIC chief executive Wayne McNee says the latest enhancements regarding NAIT compliance for farmers are part of a two-year “MINDA improvement roadmap” designed with the seasonal needs of farmers in mind to keep improving the MINDA experience.

“This is a further investment by LIC to enable easier and more accurate NAIT compliance for farmers. Farmers are able to make updates to various areas of NAIT recording including calving. These updates will make it clear what NAIT events are being generated and ensure parity between the NAIT and MINDA databases.”

“Our MINDA LIVE and App users can have confidence that all the animal registrations and livestock movements are transferred into NAIT in a timely manner, enabling them to stay on top of their NAIT accounts.”

OSPRI meanwhile is committed to improving the farmer experience with the NAIT system and is working with other third-party and information providers.