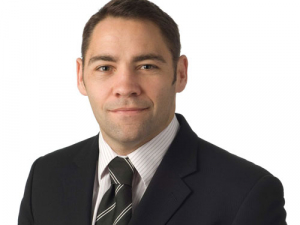 NZ milk supply has underperformed for two seasons and may well ‘bounce back’ in the new season. But the rest of the news is not all great, he says.

“Broadly there are challenges from Mycoplasma bovis and adjustments to the use of palm kernel expeller (PKE). Then there is still a lot of uncertainty on government policy areas such as the labour markets and environmental regulation.”

Williams says the decision expected this week on how MPI, the industry and the Government will deal with the M.bovis is going to be important to the industry. At least 300 farmers face a challenging time with the disease.

“It looks like it’s going to be very difficult to run a long term eradication programme and if so some other system will be needed to contain the disease.”

Then there’s the use of PKE, of which in the 2017-18 season a record 2.4 million tonnes were imported to plug feed gaps. Williams says farmers must now weigh up the economics of using PKE to retain high milk production versus any penalty this may incur.

Environmental and compliance issues will also come into play this season with a particular focus on nitrate leaching. Farmers have plenty of means to reduce nitrate leaching by 10 - 15% without much impacting on their profitability, Williams says. Farmers will need to get specialist advice given the nature of the science being used to formulate regulations.

“People will need to adopt technology that allows compliance to be more easily navigated. There is a danger that regulation will go too far and make everything too hard and I see technology playing a key role to meet those new requirements.”

It is not always the fastest-growing or biggest returns which influence decisions on investment in various sectors, says MyFarm head of research Con Williams.