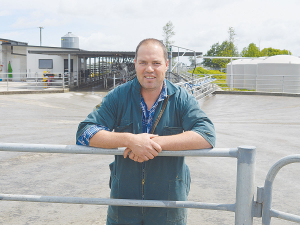 Fonterra Co-operative Council chairman James Barron says the report should assure farmers that the proposal is in the long term best interest of both the co-op and its suppliers.

Fonterra's proposed capital structure will allow the co-operative to compete with other processors based on its milk price and overall performance.

That's according to a report from financial advisers Northington Partners, commissioned by the Fonterra Co-operative Council.

Fonterra is facing declining milk supply and competition for milk is rising with new processing plants in the pipeline.

The report says declining milk supply on Fonterra's long-term performance do not appear to be major.

However, if no changes are made to the current capital structure there will need to be meaningful changes to the strategy and scale of the co-op.

"Maintaining a sustainable milk supply and avoiding these negative consequences would clearly be beneficial for Fonterra and its suppliers," it says.

The report also states that maintaining a sustainable milk supply will also depend on several other key drivers, including the impact of increasing environmental restrictions on total production from the sector.

There are some downsides to the proposed solution.

Farmers looking to exit the co-operative and realise their investment in Fonterra shares in the short-medium term are most exposed to these potential issues, the report says.

"All else being equal, the exit price is also likely to be lower than would be possible under the status quo."

Council chairman James Barron says the report has been sent to farmer shareholders who will vote on the new capital structure on December 9.

"Northington's comments should provide a level of reassurance to farmers that this proposal is in the long term best interest of both the co-op and its suppliers," Barron told Dairy News.

Fonterra's board sent out the proposed flexible shareholding capital structure to its farmer shareholders this month. The proposal needs 75% support to pass.

It also requires the Government to approve changes to the Dairy Industry Restructuring Act (DIRA).

Agriculture Minister Damien O'Connor says the proposal cannot be approved by the Government in its current state.

But Fonterra chairman Peter McBride is confident that an agreement can be reached with the Government once the proposal is passed by shareholders.

He says doing nothing to arrest the slide in Fonterra milk supply is not an option.

McBride says Fonterra's supply depends on the actions it takes with the capital structure, performance, productivity and sustainability.

"If we do nothing, we are likely to see around a 12-20% decline by 2030 based on the milk supply scenarios we have modelled.

"Protecting a strong New Zealand farmer-owned co-operative of scale is in all our interests."

He notes that being a strong co-op ensures it pays the highest sustainable milk price.