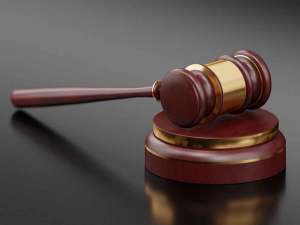 The decision against Sidogg Investments Limited was made in the Ashburton District Court yesterday.

In the September 2018 incident, the migrant worker was standing on the draw bar of a trailer being towed by an SUV.

The worker slipped from the draw bar and was drawn underneath the trailer and run over by the moving wheels, leaving him with spinal injuries, pelvic and rib fractures.

WorkSafe is now calling on those employing migrant workers to better communicate about safety hazards.

WorkSafe’s Chief Inspector Steve Kelly says the victim, a migrant worker with English as his second language, was not aware that standing on the drawbar of the trailer was a hazard.

“WorkSafe’s investigation found it was common practice for calf collection workers to stand on the drawbar, but this absolutely should not have been allowed.”

At the time of the incident a number of those employed by Sidogg Investments Limited were migrant workers and because of this, the company should have been taking extra precautions to ensure they understood health and safety risks clearly, says Kelly.

“At any farm where workers are employed and for whom English might be a second language, employers need to take extra precautions to ensure health and safety responsibilities are being met and understood by workers.

“As an employer it is your responsibility to make sure you find ways to clearly communicate risks. Employers should not allow any work to be carried out until they are completely satisfied workers understand safe practices.”