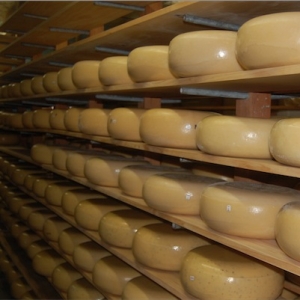 PRODUCING A low-fat cheese that wasn’t rubbery and retained taste has won the Fonterra R&D centre the top hospitality, food and beverage award in the 2014 NZ Innovation Awards.

The cheese is Mainland’s Noble reduced fat cheddar, produced at the Clandeboye site.

The cheese had taken three years development, in response to people’s changing attitudes towards diet, a co-op spokesman told Dairy News. Research shows that as people get older they become more concerned about their diet and eat less cheese.

Noble Tasty Cheddar was launched in Australia in September 2012 and in New Zealand in April 2013. It’s sold in block form in both countries and with grated and sliced options in Australia.

“Many reduced fat cheeses lack flavour and have a rubbery texture,” the spokesman says. “The challenge was to produce a cheese that didn’t compromise on flavour and texture while reducing its fat content by 30%.”

Projected growth for the New Zealand market for the next year is about 20%. In July it won an award at the International Cheese Awards in Nantwich, UK (silver, mild cheddar).

The Innovation Awards evaluators agreed it is a classic R&D-led solution that addresses a problem and creates an opportunity and has great potential in global markets beyond Australia and Japan.

Fonterra was also highly commended in the same category with its functional whey WPC550 and My Food Bag Ltd.

Milk for Schools to end, more students to get free brekkie

Fonterra says it is taking a new approach to how it provides nutrition to communities, to better reach those most in need across New Zealand.