Proposed 11 directors ‘simply too many’ 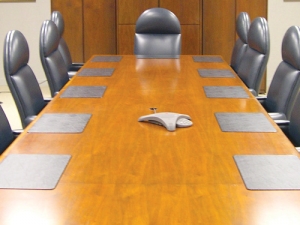 How many is too many?... Fonterra’s board composition is under the microscope.

Fonterra's board is facing renewed pressure to further cut the number of directors and make do with fewer independents.

Two former directors – Greg Gent and Colin Armer – have made a new submission to the Fonterra board, saying the co-op's governance and representation draft proposal falls short of farmer expectations. A copy was obtained by Dairy News.

Gent and Armer say the 11 directors proposed by the board are "simply too many".

They questioned why the board has not listened to the 54% of farmers who voted at the last annual meeting to reduce the board to nine.

"54% of shareholders voted for a much smaller board than this proposal suggests. Their view is unfortunately being treated with the arrogance becoming too common in Fonterra; [there is] not even an explanation why [the shareholders] are wrong."

Armer told Dairy News he was waiting to see Fonterra's final proposal that would be put to farmers for a vote.

"We don't want to upset the process; we've made a submission and let's wait and see what Fonterra develops."

A Fonterra spokesman told Dairy News the governance and representation committee has encouraged feedback and submissions on the draft proposal from farmers.

"We welcome all of their ideas and comments, and have undertaken more than 400 farmer meetings across New Zealand to discuss the proposals with them directly.

"All of this farmer feedback is being considered equally by the committee as they develop their final recommendation,' he says.

The final recommendation will be tabled at a special annual meeting of shareholders.

But Armer and Gent say the review group is dealing with "the result of a cumbersome and unwieldy governance structure that is clearly not delivering to shareholders".

"We would prefer they focus on the cause of the problem. That will require boldness and an objective assessment that will always be difficult for incumbents to execute."

The two former directors say there is "much empirical evidence" that groups in single-digit numbers work better and are much more efficient.

The rationale advanced by Fonterra for the size of the board is the directors' workload; to accept this rationale the shareholders would need to be convinced there is in fact a lot to do. But Gent and Armer, having served on the Fonterra board, reject this premise.

"Rather, we suspect that directors are getting increasingly involved in areas that are the domain of management; board size should always be driven by the most effective group size, not workload."

If a director's workload is so large, they ask, how can some of them hold employment and/or other directorships. There is a disconnect in the paper's logic that requires an explanation in this area, they say.

"We suspect a large part of the workload is brought about by constant fire fighting, constantly dealing with the [Shareholders Council] – in other words doing business with themselves.

"We believe that delivering a performing Fonterra – one its owners trust – will remove much of the current workload. This [would be] a great example as we see it dealing with the problem not the cause, an unfortunate thread that is throughout the document."

On the proposed election process, Gent and Armer support a third party assessment of candidates by a suitably qualified organisation; they also support the concept of a skills matrix.

However, they reject the suggestion that shareholders give up their direct vote.

"Once again there is no case made for this change. Farmers are in fact electing a diverse board; we would prefer the third-party [with complete independent] assessment of candidates and with the outcome of that the knowledge that farmers are assisted in their voting decision.