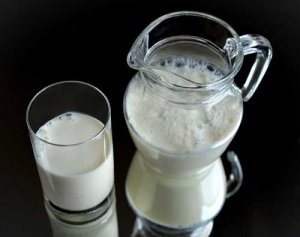 A new policy around the sale of raw milk to consumers will not restrict the volume, but there will be new requirements for farmers.

Food Safety Minister Jo Goodhew says the Government decision will allow farmers to continue to sell raw milk directly to the public from the farm and via home deliveries.

"I recognise that people feel strongly about their right to buy and drink raw milk. Equally, I am also aware of the strong concerns about the public health risks associated with drinking raw milk and the potential risk to New Zealand's food safety reputation," she says.

Goodhew says the Government have worked hard to find the right balance between managing the risks to public health and recognising the demand from consumers to access raw milk.

"Raw milk is a high risk food, particularly for children, the elderly, pregnant women and those with compromised immune systems.

"We cannot take short cuts for food safety. Requirements will be in place for those who trade raw milk, because no matter how carefully animals are milked the presence of harmful bacteria in unpasteurised milk can cause serious illness."

Under the new policy, farmers must meet requirements such as registering with the Ministry for Primary Industries, meeting hygiene requirements, testing milk for pathogens, keeping records of sales, and labelling appropriately so consumers are aware of the risks and can make informed decisions about consuming raw milk.

"People who make cheese for their family will be pleased there will be no limit on the quantity of raw milk they can purchase, nor is there a restriction on the amount farmers can sell overall," says Goodhew.

"We looked at a number of options during this review and decided against prohibiting or limiting volume of sales of raw milk."

Federated Farmers welcome the decision but are concerned that the restrictions around selling raw milk may make sales unviable while still keeping the sales technically legal.

"The great majority of farmers will continue to supply dairy processors. But they value the option of selling the milk unprocessed for people who want to buy it raw," Hoggard says.

"The trouble with the government announcement is the minister's list of food safety requirements. We have no issue with keeping milk as safe as possible for human consumption. Our submission to the government for instance wanted to prevent containers being reused. It's also a reality if the raw milk trade was made illegal then a black market would emerge and that would create an even greater public health risk.

"But we do have a concern that pointless rules may be actually designed to make raw milk sales unviable while still keeping the sales technically legal."

Jo Goodhew says the government wants to make raw milk available and also make people aware of the risks of drinking it.

"Our focus has been to ensure raw milk is available for those who actively seek it, and that people are well aware of the risks associated with drinking it. I believe this policy will achieve both these goals," she says.

Hoggard says he has no issue with that approach.

"It's one of customers making their own choice. They should also be aware of the risks of any food product. Everything we consume has some degree of risk. We certainly aren't cavalier about it. If people get sick from drinking raw milk, it does have the potential to cause concern in our international markets. So, we do want clear, valid and enforceable rules. We don't want rules for rules sake and so we are keen to know what is proposed."

The new rules will come into force in March 2016 and Hoggard says Federated Farmers intends working closely with the Ministry for Primary Industries to get the best outcome.

Pressure from banks no surprise

News that farmers are feeling the pressure from banks is unsurprising.