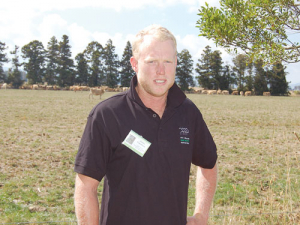 A group of young farmers is spearheading moves to rebuild the New Zealand Jersey herd.

Their organisation, Jersey Profit, will be launched early next year to promote the economic benefits of Jersey cows to farmers.

Waikato farmer James Courtman, one of the organisers of Jersey Profit, likens breed choice to “a bit like politics and religion”.

“There is no one right answer and people will have their own personal breed preferences,” he says.

But from an economic return perspective, the sums are stacking up well for Jersey and Jersey-cross animals, Courtman says, for three reasons: 8% higher MS production/unit of feed, lower annual sustainable herd replacement rates, and the readjustment of milkfat price far outweighing lower meat returns and the additional marginal per cow cost of running more cows.

With other young farmers Zach and Laura Mounsey and Michael and Claire Newson, Courtman will be involved in launching Jersey Profit to connect with the wider farming public.

Jersey Profit is expected to appeal to commercial farmers for their focus on economic indices, milk and meat payment equity and relevant research and promotion. It has secured funding from pioneer Jersey farmers.

“This will not mean all paddocks will be filled with Jersey cows. But a logical response is some significant rebuild of Jersey cow numbers and a browner tone to the large NZ crossbred segment of the cow population.”

Courtman says milk returns make up 97% of gross income on a standard Jersey farm and 95% on a Holstein Friesian farm.  There are breed differences in meat returns but they are relatively insignificant compared to milk returns.

DairyNZ subsidiary, NZ Animal Evaluation Ltd is an industry good, breed-neutral body. Its role is to reflect the commercial realities covering milk, meat and per cow costs into a reliable BW.

“Jersey bulls now dominate the top sire listings, and this will be further strengthened in February 2019 as the five-year rolling average picks up another season of higher milkfat returns.”

James Courtman says his dairying career so far has taken him from one end of the spectrum to the other in dairy cow breeds.

“I grew up with my parents’ Holstein Friesian herd and now farm a mostly Jersey herd at Te Kauwhata where I contract milk 640 cows and own an equity share in the business.

“The combination of childhood, university, farming in three different countries, consumer preferences and profit convince me that the Jersey cow is best aligned for a more profitable and successful future for the NZ dairy industry.”

He believes the Jersey breed is well aligned to target the high-end consumer due to its superior ability to produce grass-fed milk in a free-range type environment under a low-cost production system.

“The breed’s ability to adapt to OAD milking further emphasises this.”

A key Jersey advantage is the breed’s known superior reproductive performance. “Even the most one-eyed Friesian breed enthusiast would acknowledge Jersey cows outperform in this,” says Courtman.

“There appears to be a breed difference of about 4% with Jersey at 9-11% MT rates and HF cows at 13-16%; anyone doubting these numbers should talk with their local vets about non-pregnancy rates between breeds. The animal welfare and environmental benefits of lower MT rates are less land required to hold cows over or raise young stock on.”

“Other key animal welfare issues that favour the Jersey breed and profit are less lameness due to black hooves which also leads to faster mobility to and from the cowshed and significantly less calving difficulty.”

A combination of less lameness, less calving injury, less collapsed udders and the significant difference in pregnancy rates means the sustainable year-on-year replacement rate is 17% for Jerseys and 22% for Friesians.