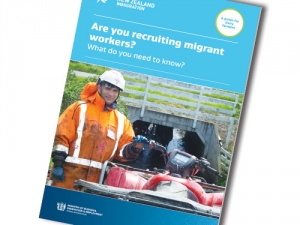 Not all Filipino dairy workers knew their immigration papers were falsified.

A reprieve for some Filipino dairy workers on dodgy visas has been welcomed by the immigrant community.

New rules mean replacement work visas can be issued to many who admit providing incorrect information on their experience or qualifications.

Filipino Bob Bolanos, who runs a Canterbury dairy farm, says it is a good thing because it shows immigration officials are willing to look again at some suspicious employment certificates.

"But not all of them know their papers are falsified," says Bolanos. "A lot of them rely on recruitment agents who prepare their documents.

"Some of them are even surprised that when they renew their visa they run into trouble because they were not aware their papers were faulty.

"If they don't know they should try to find out. A lot of these people rely on recruitment agents and I think the focus of immigration should be to improve the screening side, so that workers with faulty or suspicious documentation are not allowed to come.

"Once they arrived here they would have been up to their eyeballs in debt. Many of these people are poor and would have depended on loan sharks to finance their trips. So it is a problem for those already here and under threat of being deported. They incur huge debts to be able come here and if they were sent home there is no way they would repay that.

He says the focus should be on the people who brought the workers here under false pretences, to try to weed them out.

He is pleased a woman has been charged in Hamilton in connection with an alleged document scam in which more than 1000 Filipinos working on New Zealand dairy farms allegedly paid up to thousands of dollars for fraudulent documents.

Immigration Minister Michael Woodhouse says under the new immigration instructions, applicants who admit to previously providing incorrect information but who are compliant in all other respects will be eligible for a further work visa as long as they meet all other essential skills requirements.

"This approach acknowledges that many of these workers are making a significant contribution to their employers and their communities and are well settled in New Zealand. It also accepts the admission of having provided incorrect information by workers who come forward.

"The changes minimise the disruption that would have been caused by a significant number of workers having their visas declined.

"However, these workers are not guaranteed that new visa applications will be successful and they may need to meet a labour market test to check whether there are any New Zealanders available to do their job.

"In addition, further visa applications from these workers could be declined if they do not meet other standard health and character requirements, or if their employer has had compliance issues with immigration or employment law."

With thousands of migrant visas set to expire, National’s ag spokesperson David Bennett is urging the Government to act quickly to avoid a potential labour shortage for the calving season.

OPINION: Recent proposals by the Government to make it easier for regions to get workers look like a step — if not a leap — in the right direction.

A 7,500 signature petition was presented to parliament last week calling for changes to NZ’s immigration laws.