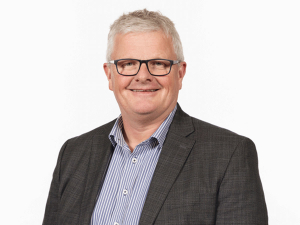 Rural insurer FMG has been named one of 40 Gallup Exceptional Workplaces from around the world.

According to Gallup, winners of the Gallup Exceptional Workplace Award consistently put people - both employees and customers - and their values at the center of their decision making.

As an award winner, FMG ranks among a select group of organisations around the globe, as well as being the only one from New Zealand.

The nomination of Matt Harvey, its head of national advice and service centre, as one of just 10 finalists worldwide in the Manager of the Year category is another feather in FMG's cap as a workplace that puts its people first, the company says.

"It also speaks to the importance of a strong values-led culture for overall performance, even more so in a tight labour market. It's so critical to be a great place to work. To value your employees and their wellbeing so they bring their whole selves to the job and feel supported so they can thrive."

Frizzell says the company is reaping the rewards from having a highly engaged workforce.

"FMG is going from strength to strength as a New Zealand owned and operated business that recognises the importance of putting people first and supporting our rural communities. As a mutual we don't pay a dividend to shareholders - 100% of our profits go back into the business."

"Profit and growth are stimulated primarily by client loyalty. Loyalty is a direct result of client engagement. Client engagement is largely influenced by the value of services provided to customers. Value is created by motivated, loyal and productive employees," says Pete.

"This recognition from Gallup shows how effective this strategy is. Everybody wins when employee wellbeing is made a top priority."

Solution sitting along the river's edge?

OPINION: Farmers are facing many more risks than ever before. Rapidly rising costs for one, but the biggest long-term risk, without a doubt, is climate change.