Shadbolt eyes return to board 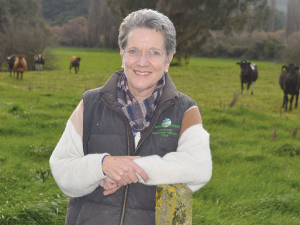 Former Fonterra director Nicola Shadbolt is happy with the review of the director election process.

Fonterra’s first woman director elected to the board, Shadbolt welcomes the decision to give farmers the ultimate say on whether incumbent directors get re-elected: Shadbolt isn’t ruling out another tilt at directorship.

Shadbolt was endorsed by the board for another three-year term on the basis that the board needed to retain some institutional knowledge given that the chair was stepping down. But she was rejected by the independent panel. The rules dictated that a candidate rejected by the panel may not contest the director election that year, so the farmers never had a say.

Speaking exclusively to Dairy News, Shadbolt says she was frustrated and angry with the system that sidelined her, but she was powerless under the old rules, so it was time for her to retire gracefully,

Shadbolt was “grumpy” at the co-op’s annual meeting last year as she bowed out of the board. She was required to deliver a valedictory and her speech was gracious.

“I thought ‘farmers don’t deserve a grumpy me; let’s just reflect on the last nine years’.”

Shadbolt says she let her views on the issue known to other board members at a farewell function a few months later.

The old system didn’t give farmers a choice. Basically if there were two board vacancies the board gave farmers two names, saying ‘vote yes or no’. The review was triggered when farmers rejected two of three candidates chosen by the panel -- sitting director Ashley Waugh and Jamie Tuuta. Instead, farmers voted in two candidates – Leonie Guiney and John Nicholls – who had self-nominated for the elections.

Shadbolt is happy that new rules have tidied up the election process. This is despite her having been on the committee that devised the new system.

During that process the argument was put that a better caliber of directors would come forward through this process. From her observation the new system resulted in the same mix of experienced/inexperienced and effective/ineffective directors as the old system, but with less diversity. The independent panel rejected two female incumbent directors in a row, first Leonie Guiney and then Shadbolt, both diverse thinkers whod challenge the status quo.

Under the new rules the farmers would have had the decision on whether to accept them back for another term, not the panel.

Shadbolt isn’t ruling out another tilt at the Fonterra board, saying she feels she has unfinished business.

Guiney is the next most experienced farmer director, serving a total of four years on the board so far.

Nominations close September 27. Fonterra’s board charter states that a director should serve nine years maximum or a final three year term if approved by the board.