Slow start on the West Coast 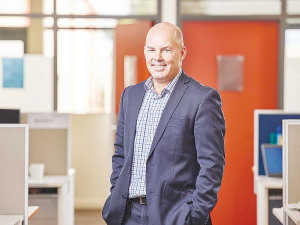 It's been a slow start to the dairy season on the West Coast of the South Island.

Westland Milk Products chief executive Richard Wyeth says it's been quite wet on the coast and it's too early to say just what the season will look like in the end. He says milk production has been slightly down on normal for this time of the year but the feeling is that this will pick up as the season progresses.

Meanwhile, Westland's new $40 million butter plant is now fully operational. The company recently installed two new state-of-the-art butter churns which will allow them to produce up to 40,000 tonnes of butter for retail markets both overseas and in NZ - doubling the capacity of Westland's butter production.

Wyeth says there have been no significant issues with the new plant - only minor commissioning issues which anyone might expect.

"We are very excited about the quality of the butter that's coming out of the plant and it will certainly help us achieve our long-term goals of doubling out butter for retail sales. The upgrade includes streamline packaging lines which help us make more butter for retail and less consumer bulk product," he says.

Wyeth says currently the plant is heading towards producing about 30,000 tonnes of butter in retail packs. The next three months will be critical times for the primary sector and in particular the dairy sector as it tries to get product to its key markets in the midst of a logistical crisis.

He says this is because the milk flow peaks and when large volumes of dairy products are shipped overseas. He says the dairy industry needs to get its product to China at this time of the year to fit in with free trade agreement quotas.

Wyeth says the situation was fine during the winter months and says Westland has been able to hit its export targets but as volumes of product increase, the logistical issues start to hit home.

"Every week there are shipping delays with vessels skipping ports or simply not arriving at all and that certainly impacts on us and others. What we are also seeing is freight rates going up significantly, whether it's chilled or dry freight. The costs we are expecting to see into next year are significantly higher than the current season which is going to be challenging for all. Globally that means inflation and in turns it means that consumers will [pay] for that sometime in the future," he says.

Omicron is going to be challenging for the Hokitika-based Westland Milk Products (WMP), according to chief executive Richard Wyeth.

The Hokitika based dairy company, Westland Milk Products has put in place its flood response plan ahead of a predicted Red storm alert for the West Coast of the South Island.

Westland Milk Products is about to start a pretty special gold rush aimed at increasing the Chinese-owned dairy company's profitability.