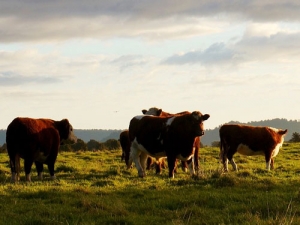 New Lincoln University research has found many small dairy farmers are content with the size of their operation, despite the constant calls for economic growth.

New Lincoln University research has found many small dairy farmers are content with the size of their operation, despite the constant calls for economic growth.

Dr Victoria Westbrooke and Dr Peter Nuthall, from the Faculty of Agribusiness and Commerce, surveyed 330 randomly selected farmers running small dairy farms for the small farmers' organisation (SMASH). The project was funded by DairyNZ via OneFarm.

"It was clear from this research, and similar previous work, that the farmers were content to simply carry on working their current farm," Dr Westbrooke says.

"They did not want to buy more land, or sell and buy bigger, or use other expansion possibilities."

She says small farmers were shown to be more family and friends oriented than their larger farm colleagues and to have a laid back attitude.

They were getting on with enjoying life even if not having a lot of spare cash, she says, and take a balanced view.

While they scored 'making maximum sustainable cash returns' at 4.4 out of a maximum of 5 they also scored 'having reasonable time off and holidays' at 4.3 out of 5.

"Clearly life has other objectives than just profit for these farmers," Dr Westbrooke concludes.

They rated 'I don't sleep at night worrying about decisions' a low 2.1 out of 5 as a score on the truth of the assertion.

Succession was not an issue either.

"Overall, many of the small dairy farmers were not interested in having their children take over from them", Dr Westbrooke says. "Perhaps they believed their farm was too small and the children would be better off in another profession".

However, a sub group of younger farmers were interested in expanding. They tended to be looking for extra land such as a bigger farm on which to expand their share milking business.

"The 'expansion' farmers tend to have different personalities. They are more entrepreneurial, more conscientious, and keener on doing everything just right compared to the 'non expanders'. They are also more benign in their outlook meaning they don't get upset when things don't go their way.

"They also have a stronger belief in being able to control outcomes than their counterparts. Yet, they all farm under the same conditions," Dr Westbrooke says.

· An important objective for non-expansion farmers was reducing debt as much as possible whenever possible. This would mean they had more resilience if things turned down, and more money for eventual retirement.

· Non-expansion farmers were still interested in increasing production by at least 10% in their 10 year plans. It is unlikely they would know just how at the moment, but they would take up whatever innovations seemed economic and manageable. An example could be improved pasture species.

· About 30% of the farmers had increased their herd by at least a third. This group fall into the expander group with entrepreneurial skills. Their expansion would be helped by the farmers' average equity of 71% relative to the 'non expanders' of 65%.

· All farmers were interested in learning about how to handle environmental issues, as they saw this as a growing problem. They believed expert speakers at meetings could help, and similarly workshops and field days focusing on this problem, and others such as labour management, and finding suitable staff where taking on help was a possibility.

· Most farmers were not keen on getting information through computer systems. They preferred face to face setups, including attending discussion groups covering their interests. However, the younger farmers were relatively keener on using a computer to access suitable helping information.