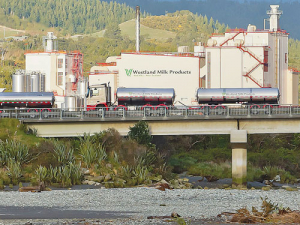 “Both are focussed on their core businesses and delivering higher-than-expected risk-weighted returns to their shareholders and farmers,” says the report on Fonterra’s main New Zealand competitors.

Synlait is successfully shifting more of its milk into higher-margin returns and has the access to capital and confidence from recent returns on assets of above 10% to invest in higher-value manufacturing assets, the report says.

Westland has acknowledged its underperformance and the report says little milk volume growth can be expected until it reduces its costs.

Tatua invests two and a half times more than OCD for every unit of milk processed, showing that higher value-add strategy is not as simple as it sounds.

OCD is the only new processing company to have grown its milk collection and processing presence in a number of regions – Waikato, Taranaki and Southland. It is now NZ’s second-largest milk processor and global supplier of whole milk powder, the report says.

OCD’s average milk volume growth rate has been 10% over the last five years.

It pays farmers a premium above the farmgate milk price.

Synlait’s milk volumes have grown at 7% pa on average over the last five years.

“Synlait is now well established and has a high level of credibility with its Canterbury farmer-suppliers. It has paid farmers a similar base commodity milk price to Fonterra but has moved to paying higher prices for A2 and grass-fed milk and for milk supplied by farmers with Synlait-accredited ‘superior-farming’ practices.

“It has also established close partnerships with trade customers.”

Since its 2013 IPO, Synlait has successfully positioned itself as a business-to-business (B2B) manufacturer of high-value milk products.

Tatua’s market share of NZ milk collections is small at 1%.

It has successfully grown its high value ingredient products business. The company’s focus is on export markets, with sales in at least 60 countries.

Tatua has increased its value to its farmer-supplier shareholders by making the highest milk payments in the industry. It has invested in modern manufacturing capability to produce specialised ingredient products and small volumes of consumer products. The products include caseinate, whey protein concentrate and anhydrous milk fat.

Westland processes 3% of NZ’s milk volumes and within its Westland catchment has a monopoly protected by the cost of transporting milk across the Southern Alps, the report says.

It has expanded into Canterbury and competes with Fonterra and Synlait in that region. The expansion has not been easy and Westland has markedly varied its payout to its farmer-suppliers relative to the farmgate milk price in recent years. In the last five years milk volumes have grown by 6% pa on average.

Westland has invested significantly since 2012 in improving its product mix.

It has established its own export sales channels, opened an office in China and recently partnered with its largest nutritional powders customer Ausnutria, in Hong Kong. This company is expected to provide the capital and a sales channel for Westland to grow its business.