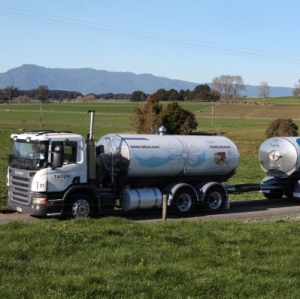 Independent Waikato dairy company Tatua Cooperative has given its 114 suppliers a financial boost with a final payout of $7.10 per kilogram of milksolids for the 2014-15 season.

A strong financial performance for Tatua paved the way for the farmgate payout. This included group operating revenue of $286 million and earnings before tax of $121.1 million in 2014-15. This actually equates to $7.73 per kgMS but the Tatua board has announced a pre-tax retention of 63 cents per kgMS for reinvestment in plant and its value added business strategy.

Tatua's gearing ratio (of debt divided by debt plus equity) increased from 25% to 36.4% after the installation of a new specialised powder dryer.

Tatua’s Cooking Cream is a winner!