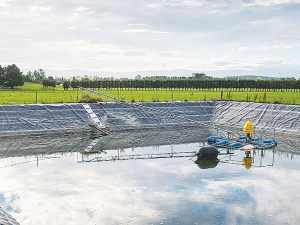 The Tasman District Council says a considerable amount of work has been done since 2012 by the dairy industry - DairyNZ, Fonterra, and Westland Milk with farmers on effluent management.

A council report says all farms that hold resource consents fully complied with all conditions of their respective consents.

The report says all farms in Tasman district were inspected at least once over the 2020-21 season.

One inspection found issues that were graded as 'non-compliant' and involved minor ponding of effluent on the ground and not in danger of running off and entering water.

One farm was graded as 'serious non-compliant' and concerned moderate ponding of effluent created by an irrigator that malfunctioned. This ponding occurred on the crest of steep sloping land where a small stream flowed at its toe. The slope of the land was enough to promote overland flow.

Upon discovering the fault, farm staff immediately shut the effluent system down but not before a small amount of effluent entered the stream.

Council staff under taking water sampling downstream at the time observed the discolouration in the stream. They traced this back upstream to the farm boundary and notified compliance staff who responded.

The report says this particular farm had completed half of the effluent system and was well underway with the installation of the final components at the time of the offence.

A low application system and more storage that will meet industry standards will be completed ready for the 2021-22 season.

The report says a considerable amount of work has been done since 2012 by the dairy industry - DairyNZ, Fonterra, and Westland Milk by working one-on-one with farmers with respect to system and wet weather contingencies.

"The council and industry are actively promoting to farmers the benefits of engaging professionals who have gained accreditation through the Farm Dairy Effluent Accreditation Scheme."

Regardless of whether the farmer chooses to engage such a person, they are required to demonstrate that any new system or modification to any existing system meets DairyNZ's Farm Dairy Effluent Design Code of Practice and Standards.

These standards include among other things, adequate sizing and the sealing of effluent storage systems.

The council says this work is now being seen throughout the district, particularly so in the Murchison area, where inspections made in past seasons identified that non-compliance associated with ponding was far more prevalent here than any other area of the district.

"This was largely associated with undersized storage systems, which left farmers with no option but to irrigate effluent onto saturated pastures rather than being able to contain until the receiving soils were back in a moisture deficit state."

The council says over the past six seasons both milk supply companies (Fonterra and Westland Milk) have repeatedly audited effluent systems that were of concern and made recommendations to the respective farmers as to how to improve them in order to meet industry best practice.

At the end of the 2020-21 season, two more site specifically designed systems had been commissioned. A further six farms are part way through the installation of their systems and should be commissioned over the next few seasons.

Five more farms have has systems sized for them. These farms are now in a position where they can price out different storage iptions and work these costs into their budgets. At least three further farms are in the process of actively constructing improved containment facilities ready for the 2021-22 season.

But the council notes that there still exists a small minority who will not move forwards unless pushed to do so.

"Such a push will likely have to come from industry as the permitted activity rules do not provide the council enough leverage at present and our intervention requires detection of an offence.

"It was fair to say that the majority of these were in the Murchison region," says the council.