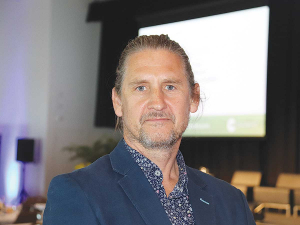 This number sounds huge but in fact the actual numbers tell a different story.

According to CEO and founder of the company, Scottie Chapman, they have added five new farmer suppliers, bringing the total to just fourteen, all of whom asre based in the upper central North Island.

Chapman says they are limited in the number of new suppliers they can take on, which is essentially based on projected market demand.

But it is more than a numbers game for this small, successful company.

"At our farm open day last year we had 600 people show up. These days farmers bring along their farm advisor, accountant and bankers with them," he told Dairy News.

"In the end we had 45 formal applications to Spring Sheep and we accepted just five. We knew we only needed five suppliers and were in the fortunate position where we could cherry pick the best suppliers and those who align with values," he says.

Chapman says the company is all about branded products and taking these through to market. He says they want to work with partners who agree with that and have the same ideals and cultural values they do.

He says new suppliers also need sheep with the right genetics to make sure they can run a profitable operation. Many of the farms that are converting to sheep milking are too small to make a living from cows.

Scottie Chapman worked in Asia for many years, including a fiver years stint with Zespri in Japan, and says he much admires the philosophy and strategy of that company.

He says during his time there they had growers coming up who understood what Zespri was doing, and who found out what they needed to do on their properties to deliver what Zespri needed.

"That link between suppliers and market is critical and it is something that agriculture in NZ doesn't do well. Zespri has done it incredibly well in horticulture and that is something we are trying to replicate here with sheep milk," he says.

To that end, Spring Sheep Dairy is producing products at the top end of the range. Their flag ship product is the infant formula follow-on aimed at infants between the age of six to 12 months. They also have other infant formulas and a range of nutritional products.

"Our target market is Asian mothers who have children up to 10 years of age," he says.

The infant formula is sold online and the others a mixture of online and retail. They are sold across a range of markets including Taiwan, Malaysia, Vietnam and China where their sales manager is now based.

Chapman says the market is challenging in the Covid environment. He says for business-as-usual, Zoom meetings are fine, but when it comes to new products and innovation, face-to-face meetings are important.

In terms of the market, he says demand for high-value sheep and goat milk products is booming, but there is pressure on the cheaper products. "There is growth in the premium and super premium infant formula products, which is where we are positioned, so we are pretty happy. But some of the cheaper sheep milk products coming out of Europe are inconsistent and some don't even live up to the infant formula standard grade," he says.

Chapman says his company puts a huge amount of resource to recruiting top quality people to develop their products. He notes that the Waikato has more dairy nutritional plants than anywhere else in the world.

"In the case of infant formula, customers know when they buy our product that it is absolutely going to be up to spec. While people don't like paying more, it's very simple - you pay for quality or you deal with the repercussions, and with something like infant formula you don't take risks," he says.

New Zealanders should stop extolling the virtues of the No 8 wire concept.

Time to cut the No 8 wire concept

Scottie Chapman says New Zealanders should stop extolling the virtues of the No 8 wire concept.