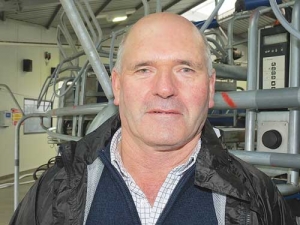 One of the country’s largest family corporate dairy farmers has questioned the relevance of Fonterra shareholders council.

Trevor Hamilton, who has dairy farms in the North and South Island, says the council is weak and could easily be ‘nuked’. He told Dairy News it would be better replaced by a small group of commercially smart people who could seriously challenge the board.

Hamilton says he can’t see how the 35-member shareholders’ council is adding any value.

Hamilton is also critical of Fonterra’s decision to bring in McKinsey and Co to review its structure.

“My view on McKinsey is if there are 15 people getting paid in excess of a million dollars each you’d think they could work out the strategy without bringing in another lot of consultants that will be another huge cost to Fonterra.”

But despite his criticism of Fonterra he says he, like others, wants the company to succeed.

“We don’t want to be overly critical about Fonterra at a time like this when the milk price is low, but we… have to ask, ‘why are a lot of the other companies leading with higher advances and leading next season with a higher milk price?’ ”

For Hamilton, Fonterra’s communications in general is the big issue and he doubts the full story is always told and in a manner which presents the true picture.  He says Fonterra seems to have a calculator different from his.

“Their numbers are interesting and they will tell you one part of the story but not the whole story. The problem for me is I wonder if there is anything deeper going on within Fonterra. I can’t believe the level of advance for the milk price. They have they lost contact with the shareholder base and the need to get cash into farmers’ pockets.”

Hamilton says he doesn’t have enough information to comment on any of Fonterra’s offshore strategies and investments. But he says they clearly took a loss with their Darnum operation in Australia.

“If Fonterra is going to invest in global companies, then unless those companies intrinsically produce a rate of return they will simply never pay a dividend.

“We are reading in farming papers that not only Fonterra shareholders but also the investors have got brassed off with the return and the way the Fonterra share is down to its current value of about $4.60.”

Hamilton says there’s a lot of pressure on Fonterra to get the value added part of its business performing.