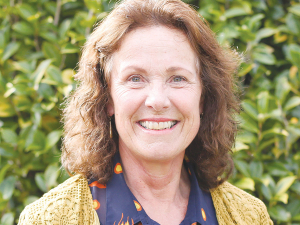 Margaret Brown, one of the authors of Heartland Strong.

Decisions are being made about and for New Zealand’s rural communities by the 80% of the population who live in urban areas, say the authors of a new book on rural change.

Heartland Strong: how rural New Zealand can change and thrive finds that rural communities have enormous strengths which could be enhanced and maintained even in the face of inexorable change.

The book condenses the findings of a 10-year study of the resilience of NZ’s rural communities led by AgResearch senior social scientist Dr Margaret Brown.

“Over 100 academic papers and reports later we decided that the people who make the decisions affecting rural communities actually don’t read academic papers so let’s take a selection of the research and write it onto a popular and far more accessible style of writing,” Brown says.

The researchers found “great” examples of rural resilience from Wairoa to Southland, and discovered that strong relationships, connectedness and support networks are what they have in common.

They say the lessons learned by successful communities should be shared more widely and they call for engagement and changes to the way government services are delivered in rural areas.

“One overlooked opportunity is the interest and capability of many rural people who would like to be engaged and valued in making decisions about rural resilience that directly affect them.”

Brown says the authors define resilience as the ability to bounce forward to a new state, not back to the way things were.

“So many things are either driving change or imposing change on agriculture that it can’t be business as usual. It has to change. And to be able to change at a farm level and at a community level you’ve got to have resilience.”

Very little work had been done on NZ rural communities when the research began, Brown says. The main message was that resilience was complex and there was not one recipe for all.

Farmers and rural communities had always been resilient and reacting to change but more and bigger changes were coming.

“What we haven’t seen before is the public scrutiny of farming like we are seeing now. That change will take quite a bit of getting our heads around and adapting to.”

Brown said an example of coming change is the 1 billion tree initiative, which some people se as an opportunity but others as “quite a threat”.

“Many people we’ve been working with see the Government 1 billion trees initiative as threatening to agriculture and to rural communities.

“In the East Coast in particular there was quite a hollowing out of the towns because the labour didn’t actually come from the towns but was brought in. And of course trees don’t generate much labour except at certain times, and then the workers left.”

There was also “terrible” erosion on vulnerable land when the mature trees were cut down, she said.

Another change was the way smaller rural centres were closing down and rural services concentrating into the larger centres.

“I’m a farmer here in Manawatu and one of the things that people coming to work for us ask is, is there a local school? They don’t want their children travelling too far. They want to know if there’s a rugby club and whether all the support services not too far away.”